Whether you’re an old-school Heroscape fan or you’re interested in what all the fuss is about, we hope you’ve been thrilled by the sketches and concepts we’ve shared so far. The Avalon Hill team has been working hard to make the return of Heroscape something special, something that doesn’t just replicate what was great about the game before but also adds to it.

We’ve already shared two factions we’ll be introducing in Age of Annihilation, and this week we’ll take a look at a third. But before we do, we also want to share an exciting announcement. We’re going to have a panel at Hasbro Pulse Con 2022 that will focus on Heroscape as our next HasLab crowdfunding project! That’s right, on October 1st you’ll finally get all the details on what will be included in the Age of Annihilation set and how you can back it. So mark your calendars, as we’re just a few weeks away.

Until then, let’s continue with our preview – again noting days 12 and 13 were the weekend. Take it away, Chris!

DESIGNER'S NOTES - "DRYAN LIFEBORNE ORDER" FACTION LORE - Mystical weavers of the raw magical energies of life and death. The Dryan Lifeborne Order has dwelt in the dark forests of planet Arboreas for countless ages, attuning their powers with the spirits of nature and the etheric beasts that also call these ancient and forbidden places of the wild home. Masters of the arcane, these spell weaving magi learned to harness the very life force contained in the anima of living creatures, even using the fallen and deceased to increase the strength of their spellcasting or calling upon the powers of the earthly elements to create destructive manifestations of raw carnage. Though few in number, the order's magi make up for this by enlisting the aid of the world’s many creatures and beasts, bolstering the ranks of their armies with the unbridled fury of their animal kin, and unleashing the very definition of feral rage upon their enemies. 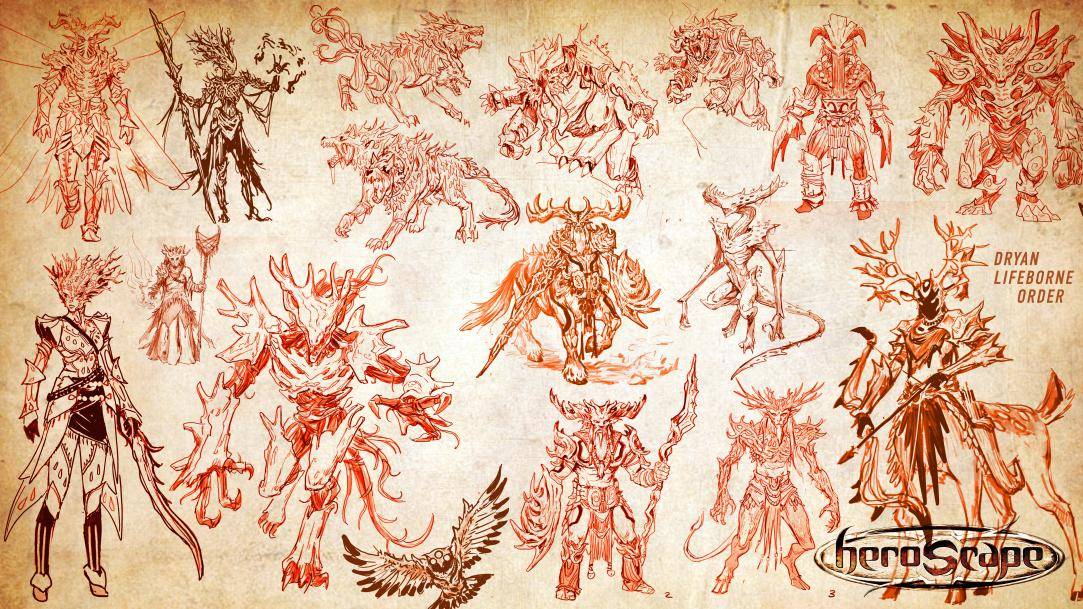 DESIGNER'S NOTES - DAY 015 - "THAT SOUND OF FOOTFALLS IN THE DISTANCE IS HEADING RIGHT FOR US!!!" The Scion of the Wild bows not before the belligerent city dwellers, instead lashing out with the primal anger of the many snarling beasts that fight beside him in combat. He has become one with the pack, understanding the instincts of nature’s raw power better than any of other Dryan Lifeborne magi in the Order. With a powerful magical staff forged by the mighty Volarak of Haukeland, the Scion of the Wild bends the beasts of Arboreas to his will, and drives forth a raging stampede of claws, horns and fangs to battle against his adversaries. 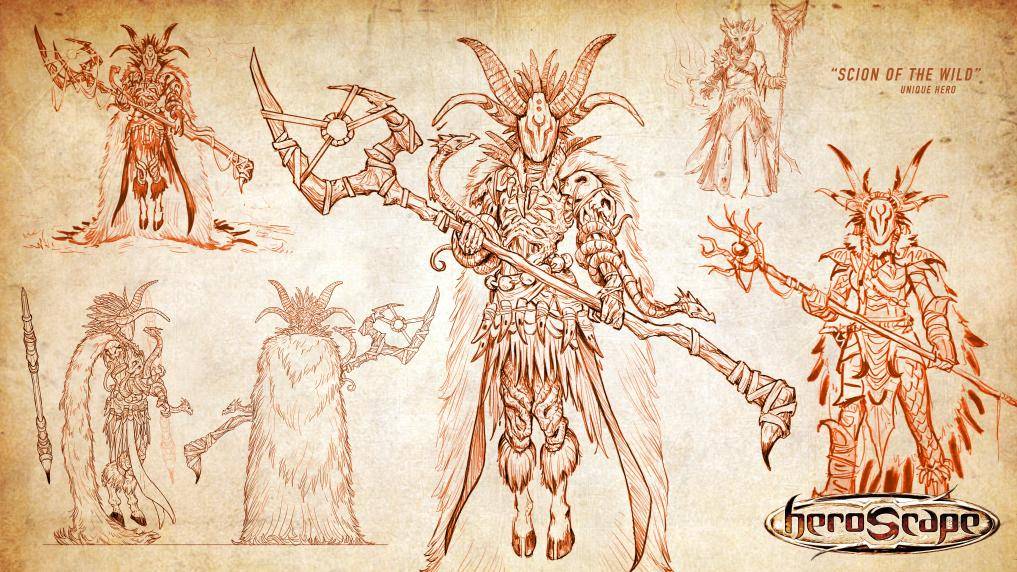 DESIGNER'S NOTES - "YOU’RE ONLY AS GOOD AS THE MATTER-ALTERING, TELEPORTING, RAVENOUS, LIGHTNING FAST, INTERGALACTIC SPACE PUPPY THAT YOU BRING WITH YOU INTO BATTLE" One essential key to the Dryan Lifeborne Order’s tactical prowess, is the Magi’s usage of Etheric Familiars to augment their already mystical powers. Each Dryan Lifebourne Magi carefully selects their animal companions based upon the parameters of the coming battle. Some Etheric Familiars can make it almost impossible to utilize range attacks against the Magi from afar, some can move effortlessly through impeding opponents, quickly flanking their enemies, and others still can project auras of immense magical protection to guard nearby allies from falling to the most grievous mortal blows. 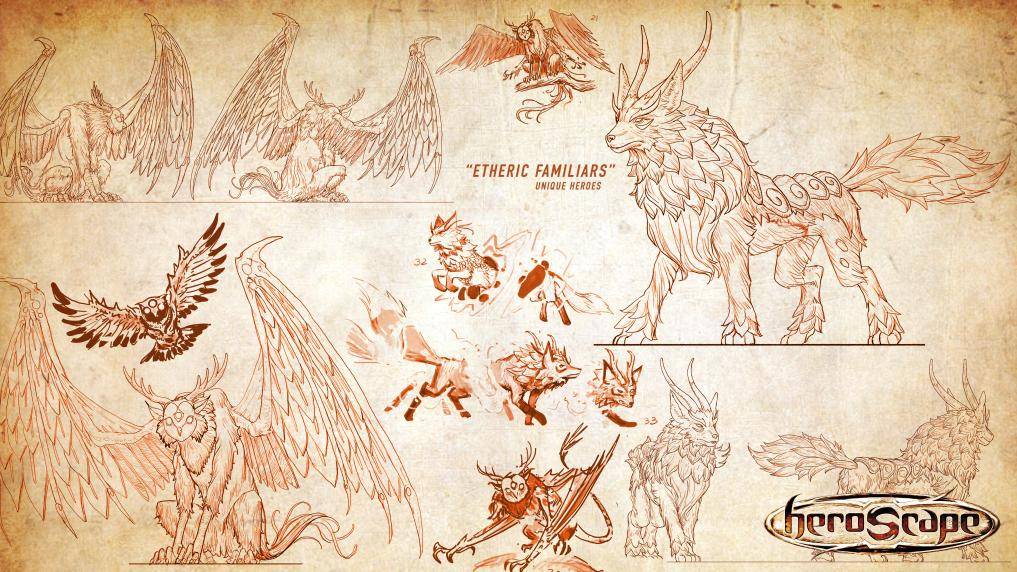 DESIGNER'S NOTES - "THE SEA DOES NOT LIKE TO BE RESTRAINED" The oceans and rivers of Valhalla were as deadly as any battlefield, and that was before the Dryan Lifeborne Order arrived on the planet. With Dryan Lifebourne Magi as diverse as the various lifeforms of their home planet of Arboreas, it is small wonder that one such as the Master of Tides would arrive to unleash the cataclysmic destruction of Valhalla’s oceans upon her enemies. Capable of drawing upon the elemental powers of water from rivers deep beneath the earth, the Master of Tides’ magic is capable of forming localized tsunamis and violent waterspouts to wreak havoc. The Master of Tides can become near impossible to harm when using local water sources to mask her form from would-be attackers, making her all the more frustrating to opposing commanders. 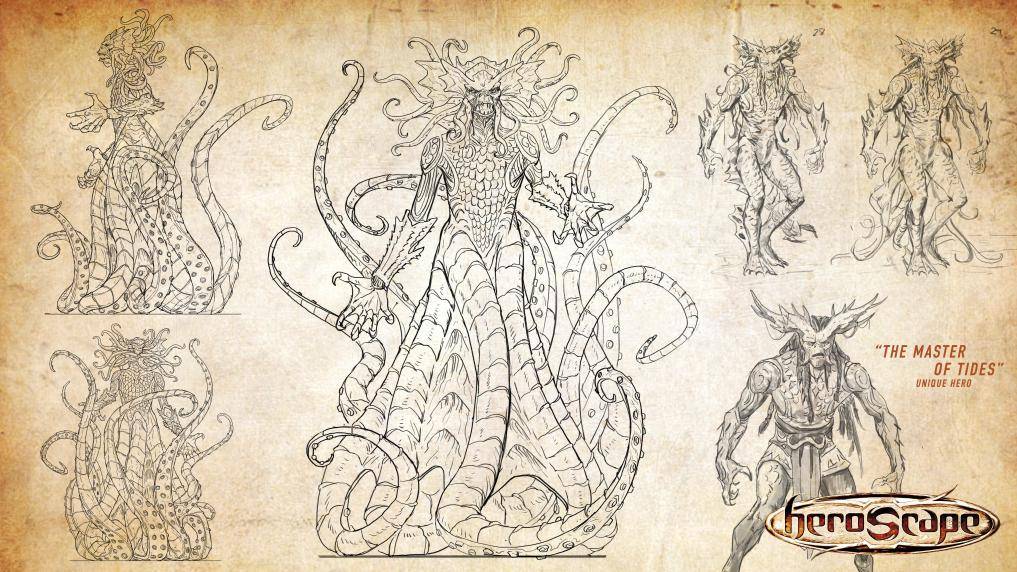 DESIGNER'S NOTES - “The old unit was destroyed that day protecting her, but found the greater purpose it so desperately wanted. When the new unit came online, the smallest metal scrap of what remained of the old, all that could be found in the still smoking crater, was forged into its new construction. To honor its sacrifice, and his love for her.” 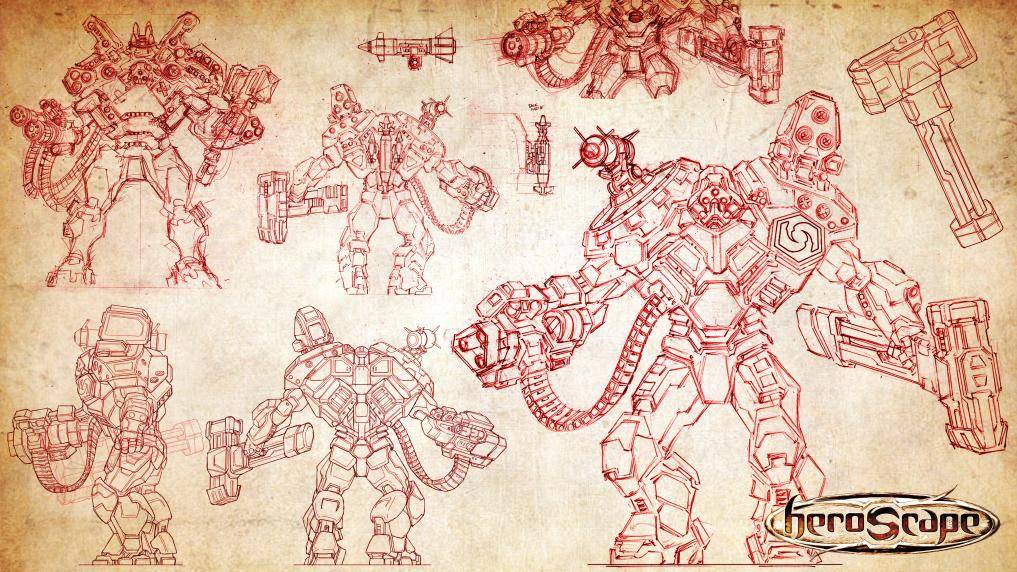 We hope you enjoyed this series of previews for Heroscape! There are more exciting previews still to come, including the return of a fan favorite character. But who is it? You’ll just have to wait until our next post - or you can join our Discord server here to stay as up-to-date on all things HEROSCAPE, as well as other Avalon Hill titles.

See you next blog!