Thanks for coming back to our fourth installment of the previews for Heroscape! So far we’ve seen sketches of figures from the daring Dawn Raider Syndicate, the imposing Ironclad Collective, and the mysterious Dryan Lifebourne Order, not to mention a few surprises that long-time Heroscape fans might recognize.

As usual, this week we’ll be taking a look at a fourth faction that will be included in the Age of Annihilation offering. And as a reminder, you’ll be able to get the full download on everything that will be included in the Heroscape: Age of Annihilation Has Lab crowdfunding project on October 1st during the Avalon Hill panel at Hasbro Pulse Con. So make sure you’re watching this space for more details!

With all the business talk out of the way, let’s get to the important part – the previews. And if you’ve been playing Heroscape since the 00’s, you might want to prepare yourself for Day 25. WINK.

DESIGNER'S NOTES - "THE CLOCKWORK COMBINE" FACTION LORE - Once a peace loving and pacifist society of farmers and artists from the planet Noxdorma, the various creatures of the Clockwork Combine have been forced to learn to make war on a previously unimaginable scale or face their complete extinction at the hands of their enemies. In their desperation, and with an utter determination to survive, the Combine’s artificers, engineers, and scientists developed amazing new technologies and fantastic flying machines of wonder to create havoc on the battlefields of their home planet and allow them the tactical flexibility to move their best troops to exactly the right place, at the right moment. With the help of their advanced technology and limitless ingenuity, the Combine is now capable of lightning quick troop redeployment, aggressive aerial insertions and even equipment repairs in the very heat of battle. 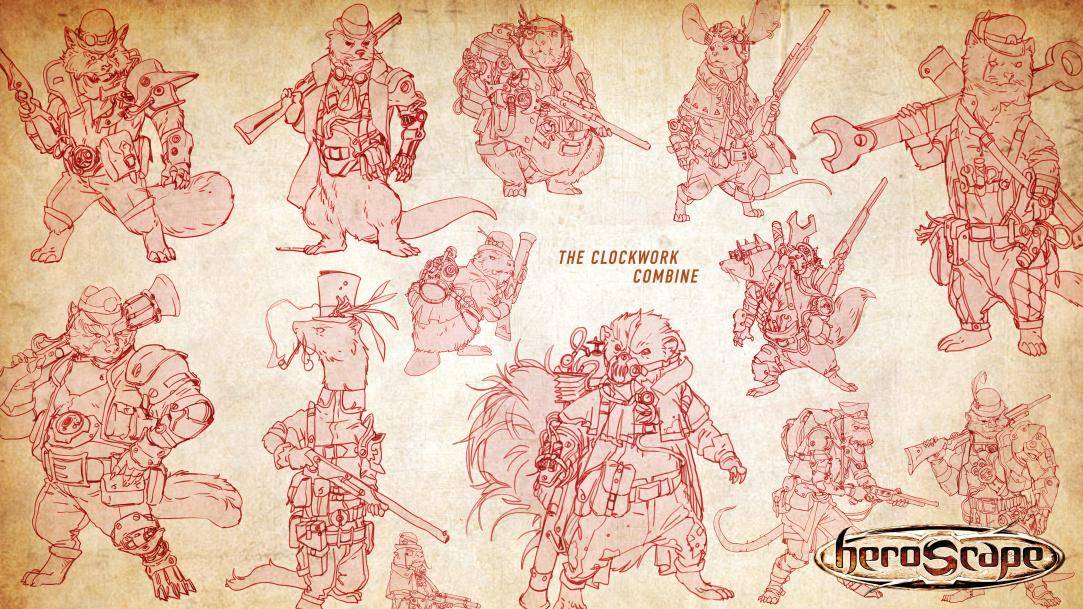 DESIGNER'S NOTES - "DON’T LET THE FEAR OF FALLING KEEP YOU FROM FLYING." Air Captain Zed Nesbitt is a living legend among the Vorid people, not simply for his keen eyes and skills as a talented sharpshooter, but for his almost uncanny ability to survive his signature “strategically inspired rapid descents to the surface” flying maneuvers in his custom engineered war dirigible. Quick to capitalize on Zed Nesbitt’s utter fearlessness in combat, and amazing knack for being at just the right place, at just the right moment, many Clockwork Combine jump infantry are quick to volunteer to hitch a ride with the Air Captain, engaging where the carnage is heaviest. Bringing fangs, claws, and death from above. 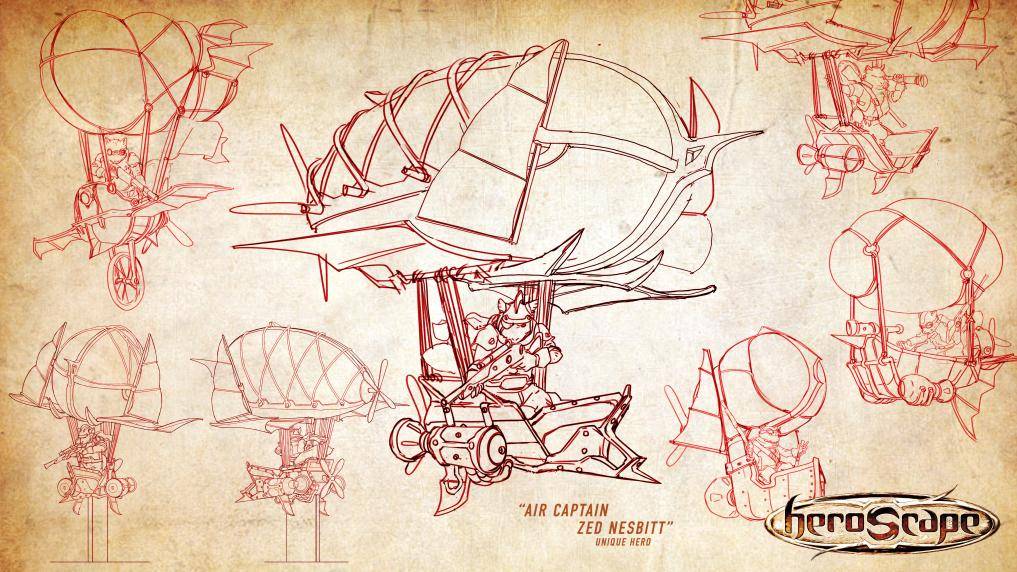 DESIGNER'S NOTES - "WHO EVER HEARD OF THE SCREAMING BEAVERS?" The Vorid Glide Strikers are the Clockwork Combine’s elite light infantry air assault division. Capable of rapid deployment and insertions behind enemy lines, the unit is comprised of all volunteers, who have the fortitude, resolution and training to meet the harsh requirements needed to “wear the sky sails”. Generally considered glory seekers by other Clockwork units, the Vorid Glide Strikers are nonetheless respected by fellow soldiers for their tenacity and feared by enemies for their effectiveness. 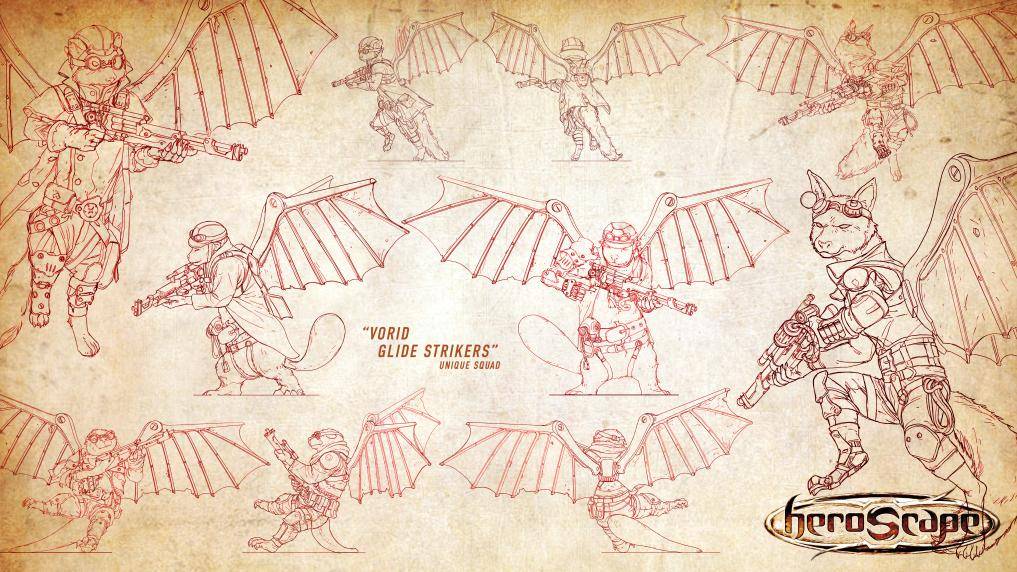 DESIGNER'S NOTES - "A RELENTLESS PURSUIT FOR INFINITE FIREPOWER" Imperator Kayne strides effortlessly across the battlefields of Valhalla atop his mighty custom built all-terrain fighting vehicle. Flanking defensive positions and spraying high-caliber shells onto his stunned adversaries with almost reckless abandon. The white-hot barrels of his rotary cannon are matched only by his fiery demeanor and intense rage, as he charges into the enemy lines leading from the front! Imperator Kayne is the living manifestation of the Clockwork Combine’s tenacity and ingenuity, bringing war and carnage right back to the doorsteps of their foes... 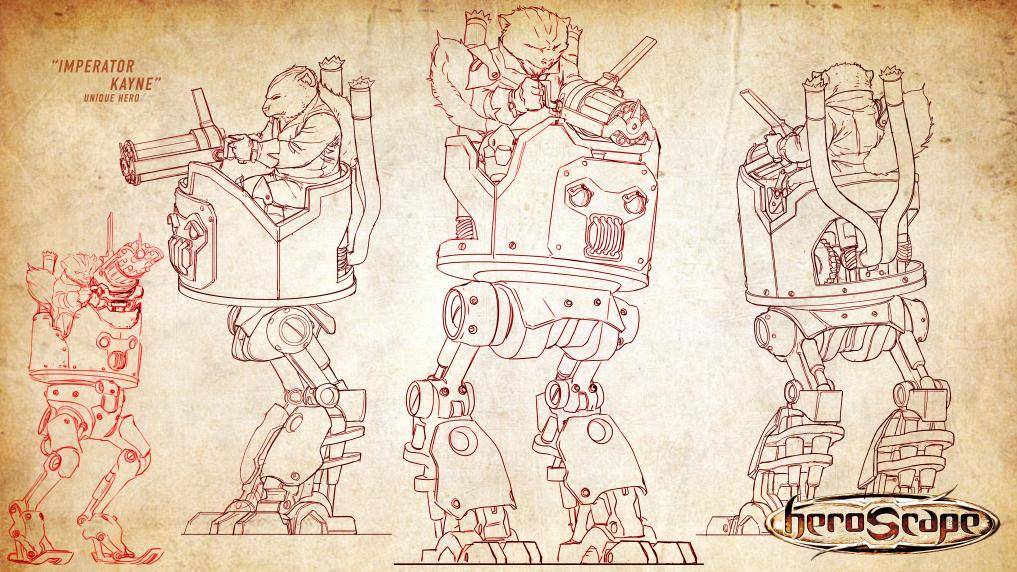 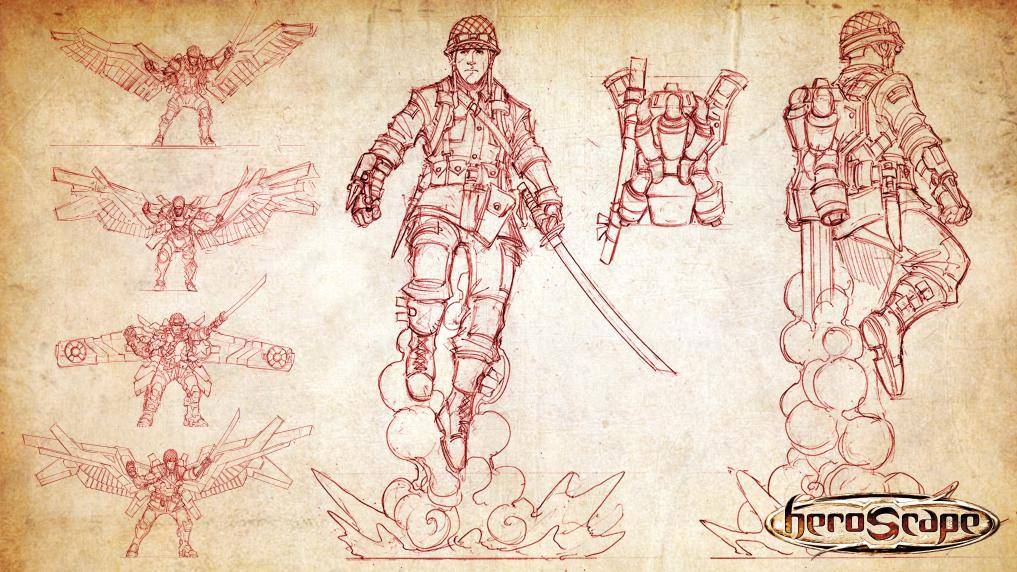 Are you excited for The Clockwork Combine? We sure are! But we’re not even finished yet. Our next blog will introduce yet another faction that you’ll find in Age of Annihilation- but as usual you can join our messaging server here to get the early scoop on what’s next, plus you can discuss all the Avalon Hill titles.

Until next time gamers!