Welcome gamers, to the final installment of our Heroscape preview.

We are ONE day away from the Avalon Hill segment at Hasbro Pulse Con where the full scope of Heroscape: Age of Annihilation will be revealed. We are so stoked to share this game with everyone, and we think you’ll be just as excited once you see the full array of figures. You can watch along tomorrow, October 1st, via the Hasbro Pulse YouTube channel linked here at 2:15 PM ET, where you’ll also learn where you can back the Heroscape Has Lab crowdfunding project.

Until then, we still have one faction yet to preview. So far we have seen sketches for the high flying, tech driven Clockwork Combine, the powerful magi of the Dryan Lifebourne Order, the implacable machine-beings of the Ironclad Collective, and the Dawn Raider Syndicate’s tenacious bands of pirates and monster hunters. The remaining faction is the creepiest and crawliest one yet – the unsettlingly intelligent insectoids that comprise the Nemesis War Brood (yes, this was updated since some of the sketches!).

DESIGNER'S NOTES - "NEMESIS WAR BROOD" FACTION LORE - Evolving over countless millennia and through almost constant military campaign and conquest on their home planet of Arboreas, the Nemesis War Brood have perfected the arts of war within their draconian martial culture. Their insectoid appearance can be deceiving at first, leading many to believe them barbaric and crude, base things of rage and slaughter. In contrary to that belief however, the Nemesis War Brood possess a highly advanced intelligence and fight with iron discipline to uphold and maintain their society against their enemies. Their “hives” are kept hidden from all outsiders, and it is believed those brood members encountered on Valhalla are comprised entirely of a sort of warrior caste. Leveraging their organically bio-engineered weapons and abilities, Revna utilizes the Nemesis War Brood’s unique military tactics on the battlefield to great effect, feinting army compositions, and even spawning new reinforcements as the battle unfolds, and tactics change to meet the moment. 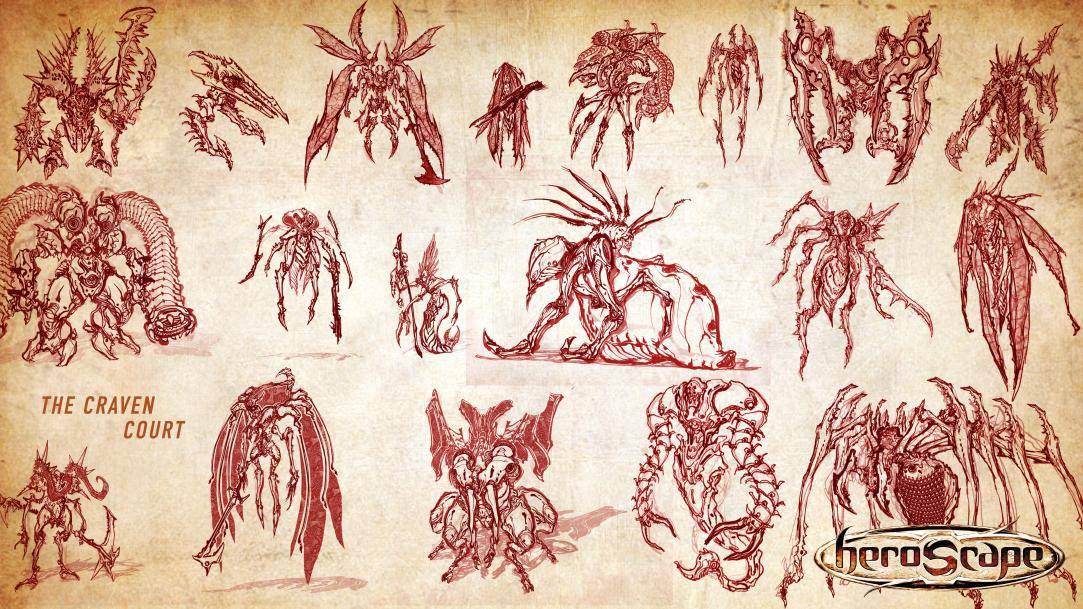 DESIGNER'S NOTES - "A LIVING TIDE OF DEATH AND DESTRUCTION" The Oathbound are the Nemesis War Brood’s vanguard shock troops, rushing ahead of the main attack force to overwhelm defenses and locate weaknesses to exploit during the main advance. Their adaptive strategies allow them to modify their unit composition based on real-time assessments of the enemy, sometimes spreading out across the battlefield as smaller units of Oathbound Legionnaires, swarming across and over the battlefield, to engage multiple adversaries, distracting them form the Nemesis War Brood reinforcements close behind. Other times, the Oathbound will gather together into an Oathbound Phalanx, placing their sheer weight in numbers together against a single weak point and shatter their opposition in a massive hammer blow of razor-sharp teeth and deathly talons. 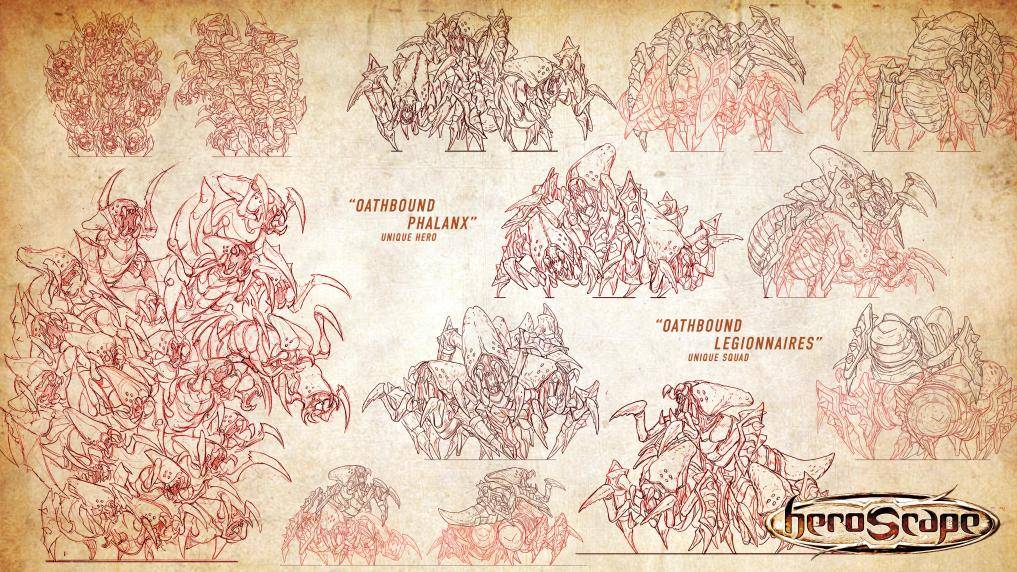 DESIGNER'S NOTES - "TO STEP DOWN FROM HER THRONE ENSURES THE DEVASTATION FOR HER RIVALS" Queen Maladrix the Conqueror is the living manifestation of The Nemesis War Brood’s utter hatred of their enemies. Her mere presence on the battlefield represents dark omens to her enemies, as the Nemesis War Brood’s harbinger of doom. Queen Maladrix’s sheer size allows her to tower over opponents, slicing apart attackers with ease and unleashing a whirlwind of fury and death in the center of the Nemesis War Brood’s battle line. As a member of the royal house, Queen Maladrix the Conqueror is able to spawn a brood around her on the battlefield, initially hiding the scale of her forces, then overwhelming enemies with a horde of skittering carnage, while quickly expanding her power across the war host. 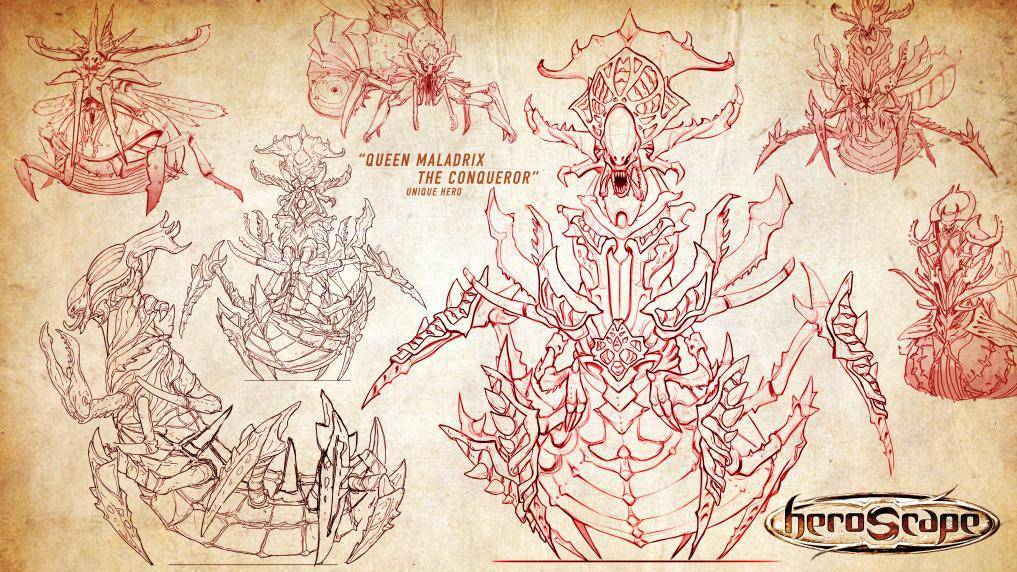 DESIGNER'S NOTES - "THE APPLES DON’T FALL FAR FROM THE TREE" Queen Maladrix the Conqueror never attends to the war-torn battlefields of Valhalla without her Festering Honor Guard. Wherever Maladrix stalks, her guards are close at hand, throwing themselves at anyone or anything that would even consider bringing harm to their queen. Bred for carnage by the queen herself, the Festering Honor Guard is equipped to aggressively range out from the queen in pursuit of any attackers, and when necessary, kill or be killed in her service. To further strike fear and terror in her would-be enemies, Maladrix the Conqueror uses her enemies as “hosts” to prepare and expand her host of Festering Honor Guards, creating awkward situations for the Nemesis War Brood’s adversaries when their closest allies suddenly and violently burst apart in front of their eyes to reveal more skittering creatures to bring death upon those who would dare oppose the Nemesis War Brood. 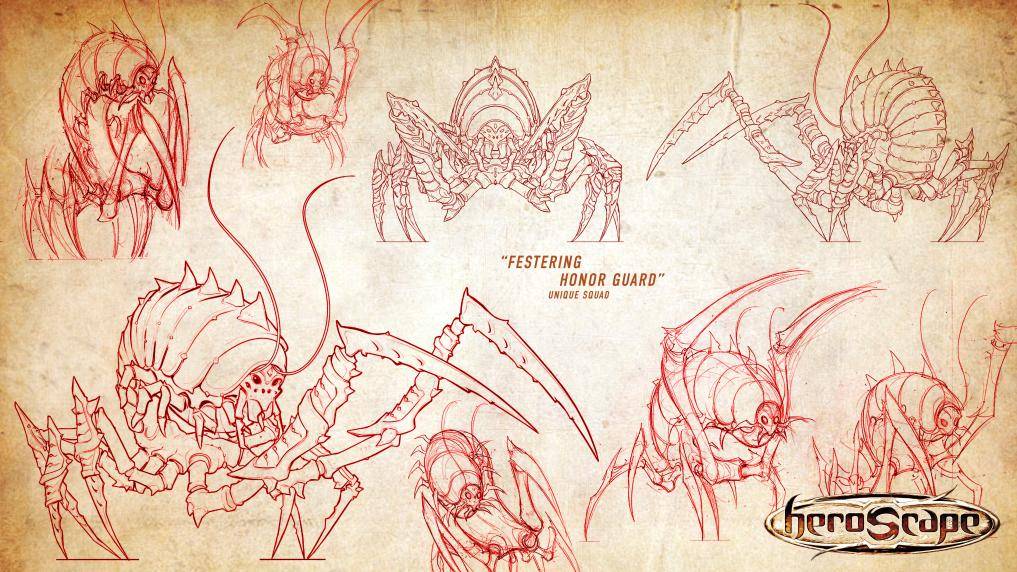 DESIGNER'S NOTES - "NONE SHALL RESIST THE WILL OF UTGAR!" 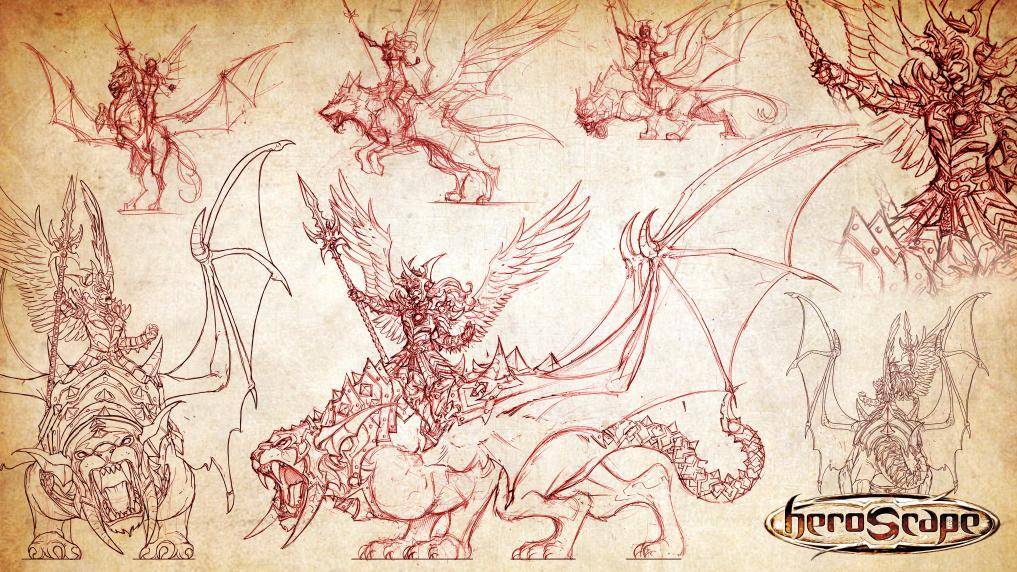 Oof, this preview is going to give me nightmares. Skittering, sentient alien bugs and a once-beloved hero turned evil? And this is only the tip of the iceberg! If you want to learn more, we’ll give you one last reminder to join us tomorrow. You are personally invited by us!

What: The Avalon Hill Panel at Hasbro Pulse Con

We hope to see you all there!