Welcome, gamers, to an exhilarating edition of the Avalon Hill blog!

Today, Gen Con attendees will get to see firsthand several upcoming games and expansions that we have planned over the coming months. But we didn’t want our fans at home missing out on the hype, so we’ve put together a rundown of everything that is being previewed in our Gen Con booth. We’ll feature upcoming titles, a number of expansions to our popular lines, and finally news of a popular title from our past making its grand comeback!

Of course, we’d be remiss if we didn’t also mention the handful of titles releasing this month as of August first, so let’s quickly recap!

You can find these titles now in stores while supplies last!

Now on to our coming titles… 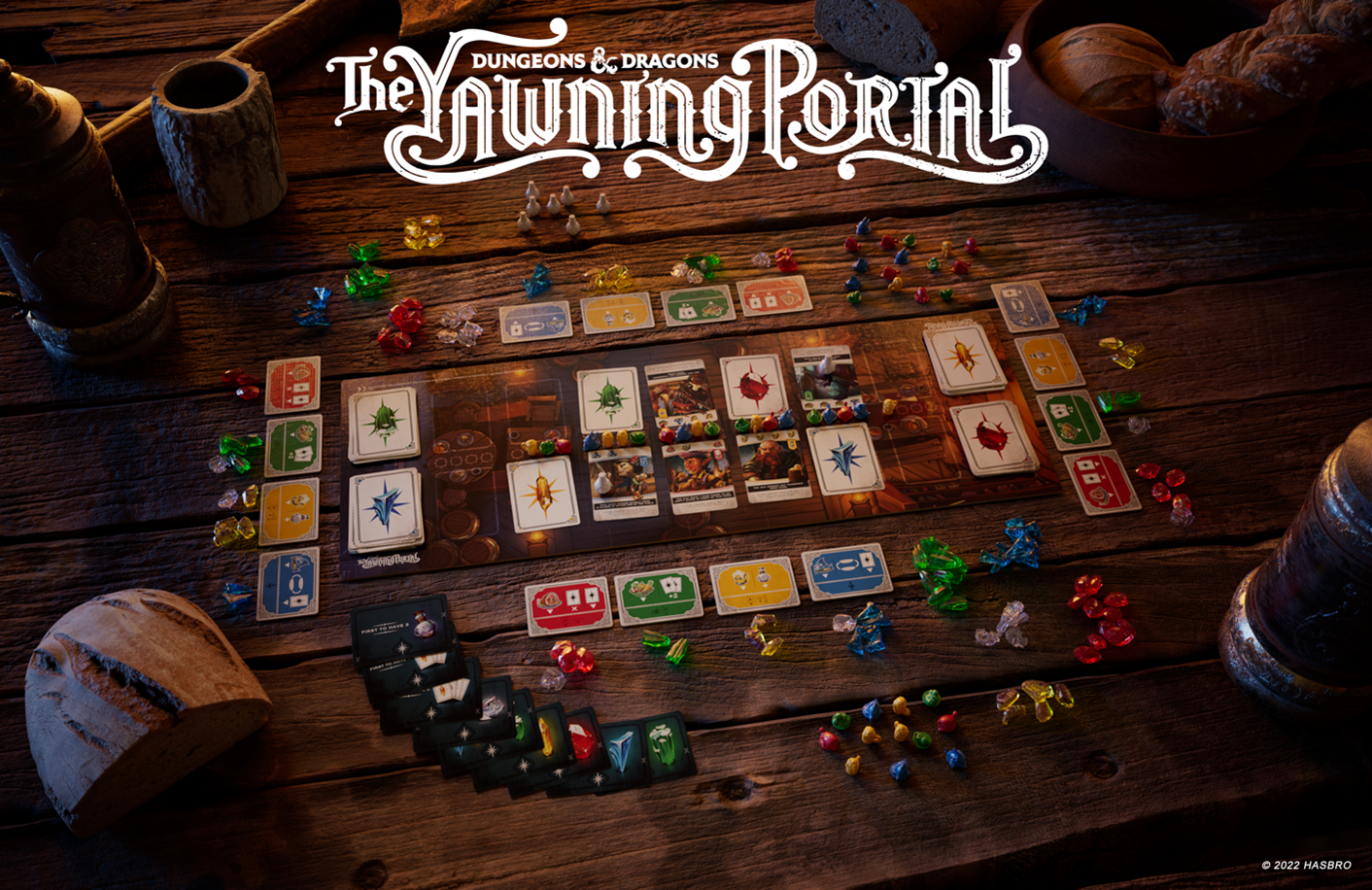 We previously teased a bit of the cover of this game, but here it is in full splendor! The Yawning Portal is a strategy board game set in the world of Dungeons & Dragons. Specifically, this game takes place in the Forgotten Realms, the home of the titular inn. The Yawning Portal is pub well known to adventurers up and down the Sword Coast as a place of respite – but this popularity means that the staff must work hard to keep its patrons satisfied!

The Yawning Portal is expected out in Q1 of 2023, and we’ll be sharing more info about the game over the next few months. But if you’re a die-hard fan we have opened pre-orders in North America here. 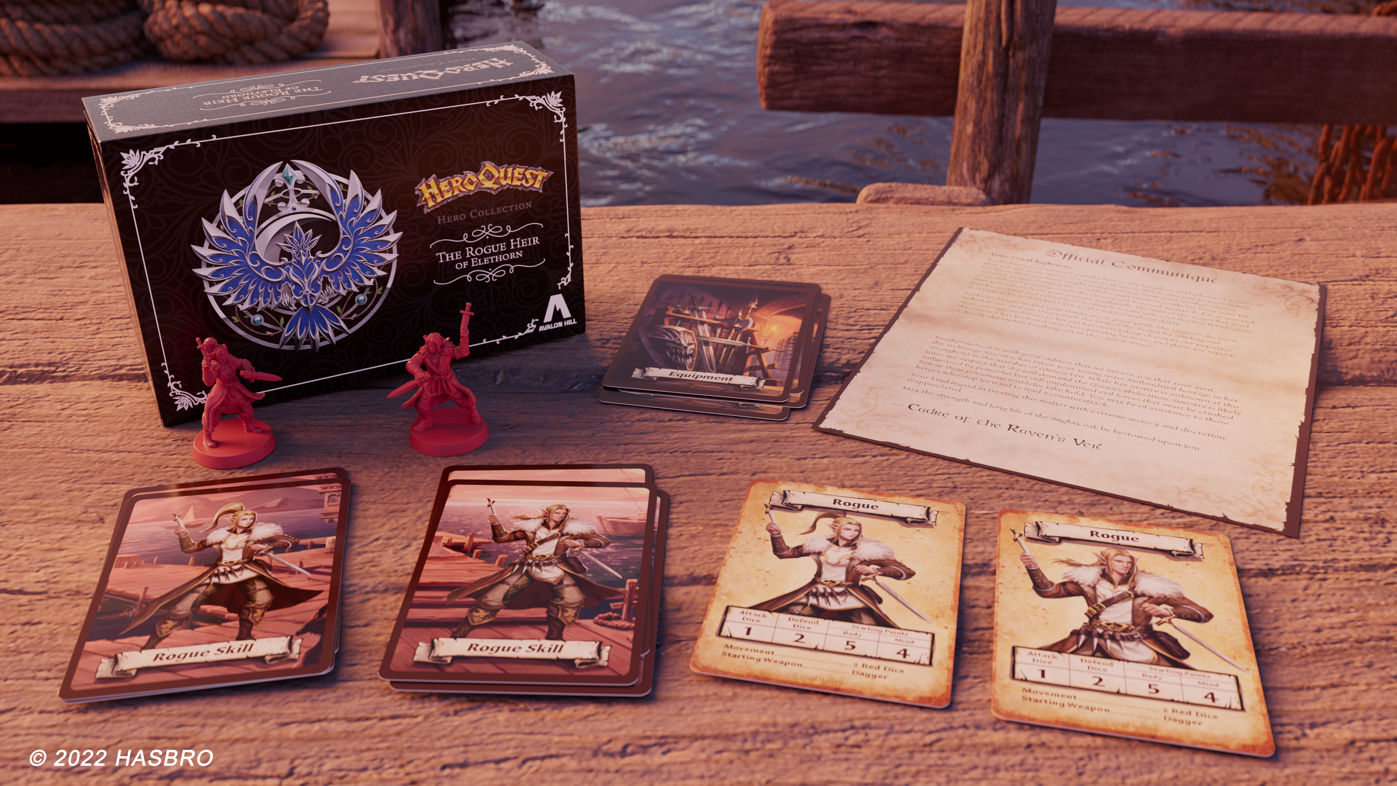 The heroes of HeroQuest are about to get a daring companion with the release of the Rogue Heir of Elethorn! The latest figure in the HeroQuest Hero Collection is a nimble skirmisher who is deadly with small blades. Armed with a trusty bandolier, the Rogue can combat Zargon’s deadly minions from a safe distance. However, to maintain their quickness the Rogue is unable to wear metal armor, making close encounters even more dangerous.

This item includes 2 highly detailed figures along with 12 game cards that include abilities unique to the Rogue Heir of Elethorn. This expansion is due out in October of this year and requires the HeroQuest Game System to play (sold separately), but you can pre-order it now here! 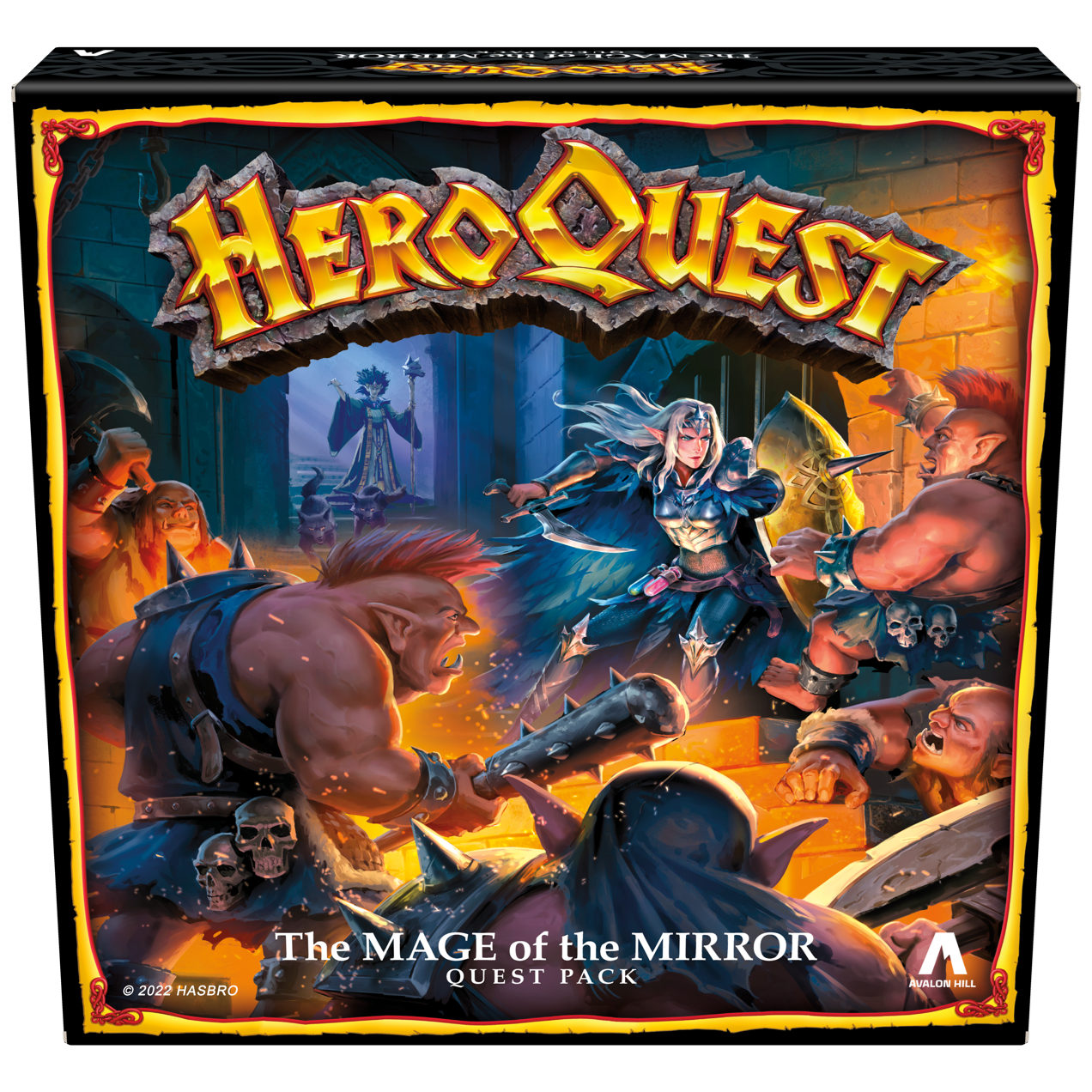 But that’s not all for HeroQuest fans! The next Quest Pack in the series, The Mage of the Mirror, has also been announced. As with Kellar’s Keep, Return of the Witchlord, and The Frozen Horror, this expansion is a fan favorite from the original set, now updated and brought into line with the current edition of the HeroQuest Game System. This adventure sees trouble brewing in the elven kingdom, and a brave elf must first manage their way through dangerous solo quests before rejoining their party to confront the diabolical archmage, Sinestra.

The Mage of the Mirror will include a Quest Book featuring 10 quests, 33 finely detailed miniatures, and 35 game cards that will expand the game for both Zargon and the heroes. This expansion is expected to release in the Spring of 2023 and requires the HeroQuest Game System to play (sold separately). 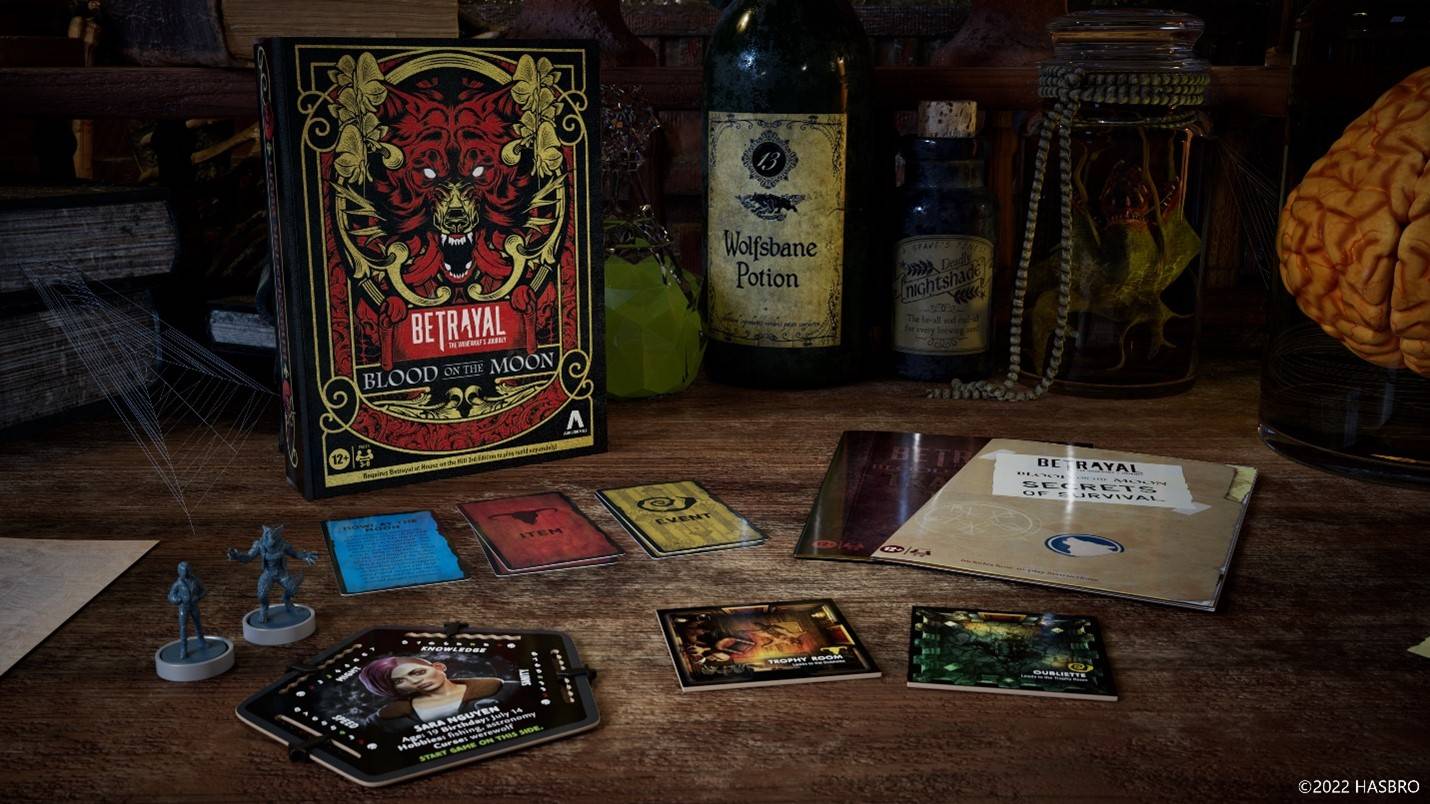 Betrayal at House on the Hill 3rd Edition gets a frightening addition with the release of The Werewolf’s Journey: Blood on the Moon, an expansion that will allow players to choose from an additional character at the beginning of the game. Sara may look like your typical teenager, but that will all change in the most dreadful and terrifying way as she transforms into feral werewolf when the Haunt occurs!

The Werewolf’s Journey: Blood on the Moon include two highly detailed miniatures as well as 5 specifically designed haunts to include the werewolf into the story. Also included are 4 game cards, 2 room tiles, and a custom scenario card. This expansion is expected to release in October of this year and requires Betrayal at House on the Hill 3rd Edition to play (sold separately).

Finally, in case you missed the news yesterday we’re thrilled to announce that Avalon Hill is bringing back a fan favorite battle game, HEROSCAPE! Originally released nearly 20 years ago, we thought the time was right to bring back such a beloved title. We’ll have more news in the coming weeks as we launch the Avalon Hill Discord channel on 8/8!

There you have it, friends. With expansions to the HeroQuest and Betrayal at House on the Hill lines, an exciting D&D strategy game, and the whole universe of HEROSCAPE to explore, we’re going to have a busy end of 2022. We hope you’re just as excited as we are for everything ahead.

And if you’re at Gen Con, come find us in Hall D!