A Reason to Celebrate: Star Wars: The Empire Strikes Back Carbonized Figures 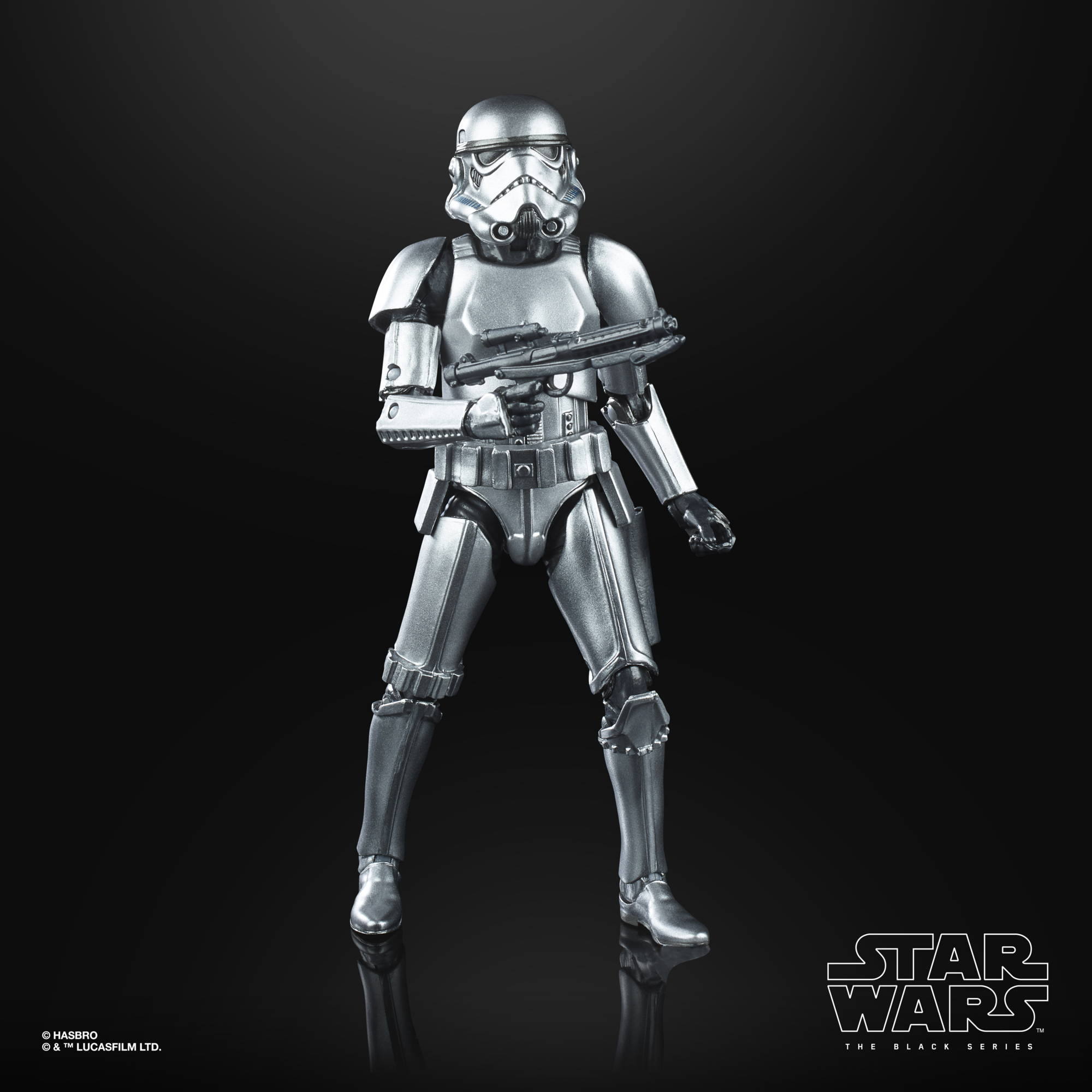 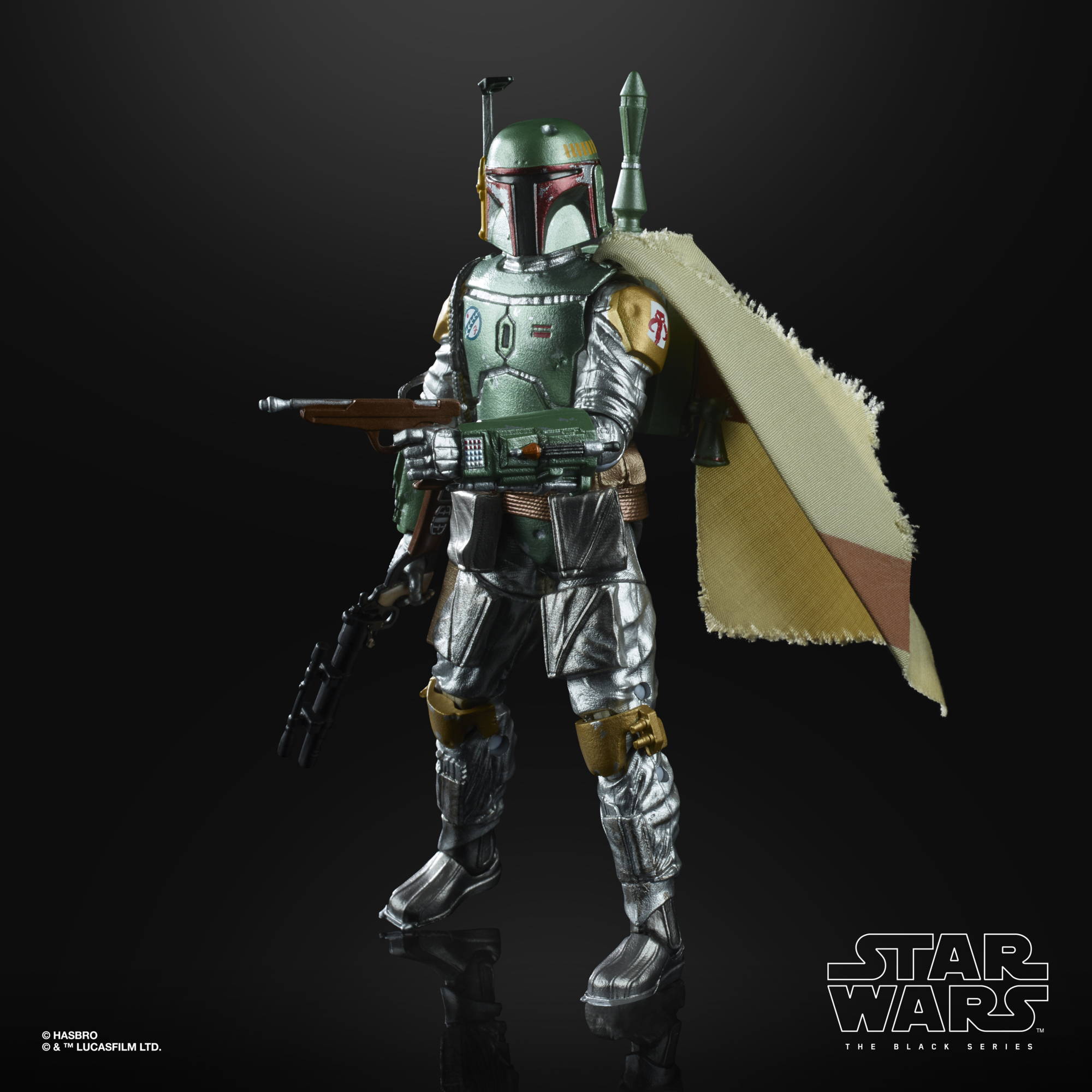 The Star Wars The Black Series Carbonized line is ready to return with new figures! In honor of the 40th anniversary of Star Wars: The Empire Strikes Back, we’ve taken the opportunity to apply the Carbonized treatment to some of the galaxy’s most iconic characters: a classic Stormtrooper and the notorious bounty hunter Boba Fett.

So what exactly makes these figures stand apart from their traditional Black Series counterparts? If you ask Associate Product Designer Eric Franer, it’s all about offering familiar characters in a whole new way. “For the Carbonized line,” said Eric, “we wanted to get uniquely painted versions of some of our most popular figures. The metallic paint allowed us to get something unique both on the figure and for the packaging.”

Standard Black Series action figures utilize molded colors that then have additional painted detail applied over them. This is not the case with Carbonized figures. Instead, every single last piece is painted with a shimmering metallic finish, leaving no trace of molded colors anywhere to be seen. 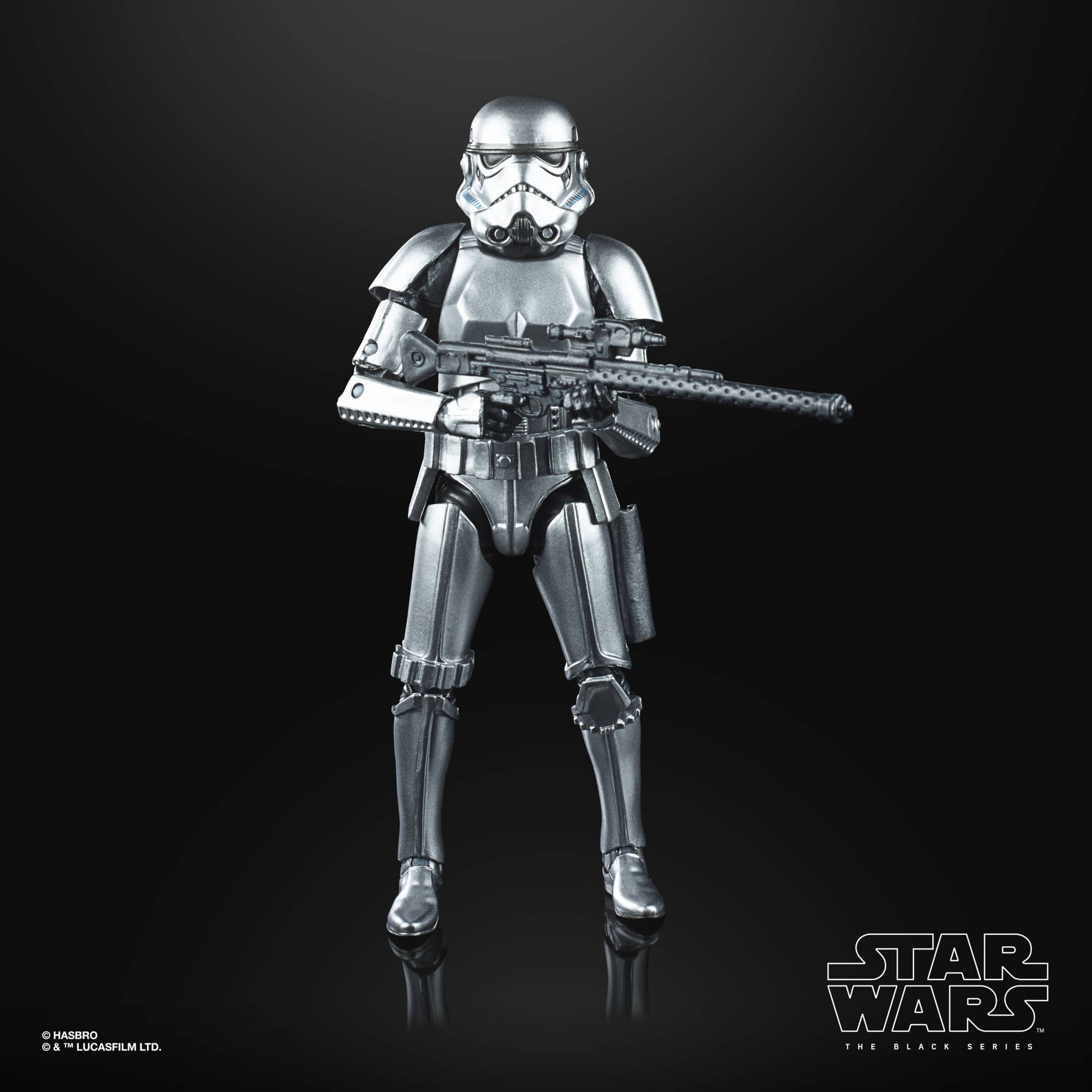 “We wanted to do something different than we did with the First Order Jet Trooper,” Eric explained, “so we decided to go for a bright silver look for the Stormtrooper.” The end result is a classic Stormtrooper figure that dazzles the eye.

The Boba Fett figure truly showcases the Carbonized look with the metallic finish applied to many details. It was a daunting task. It was also the first figure to bring soft goods into the equation, creating a whole new challenge. 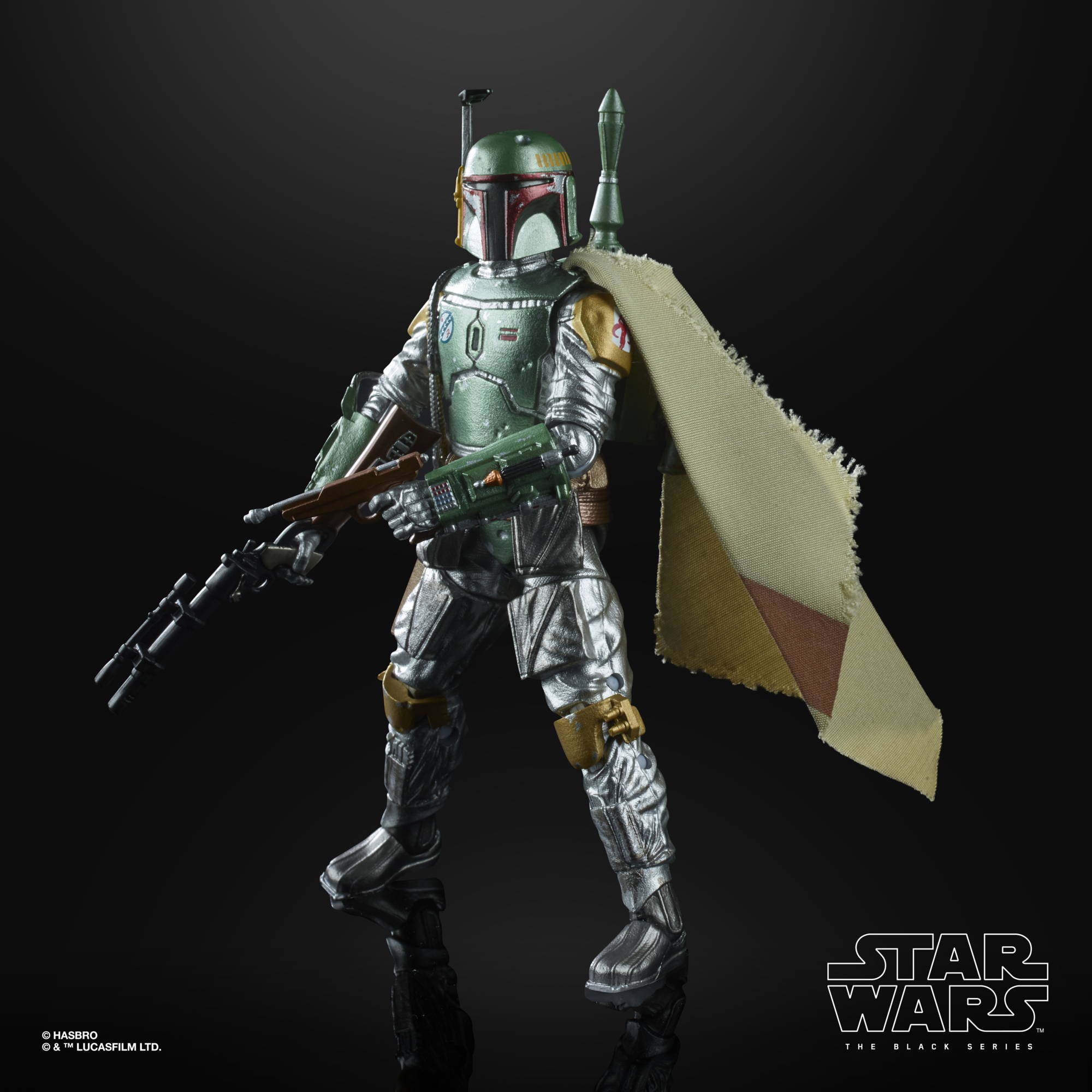 To fabricate Boba Fett’s cape with the same metallic look as the figure itself, engineers decided to use a Poly (Polyester) Satin material. “Since Poly Satin has a natural shine to one side of the material,” said Project Engineer Hannah Stamp, “we only needed to add an additional silkscreen print to give the cape a worn look.” 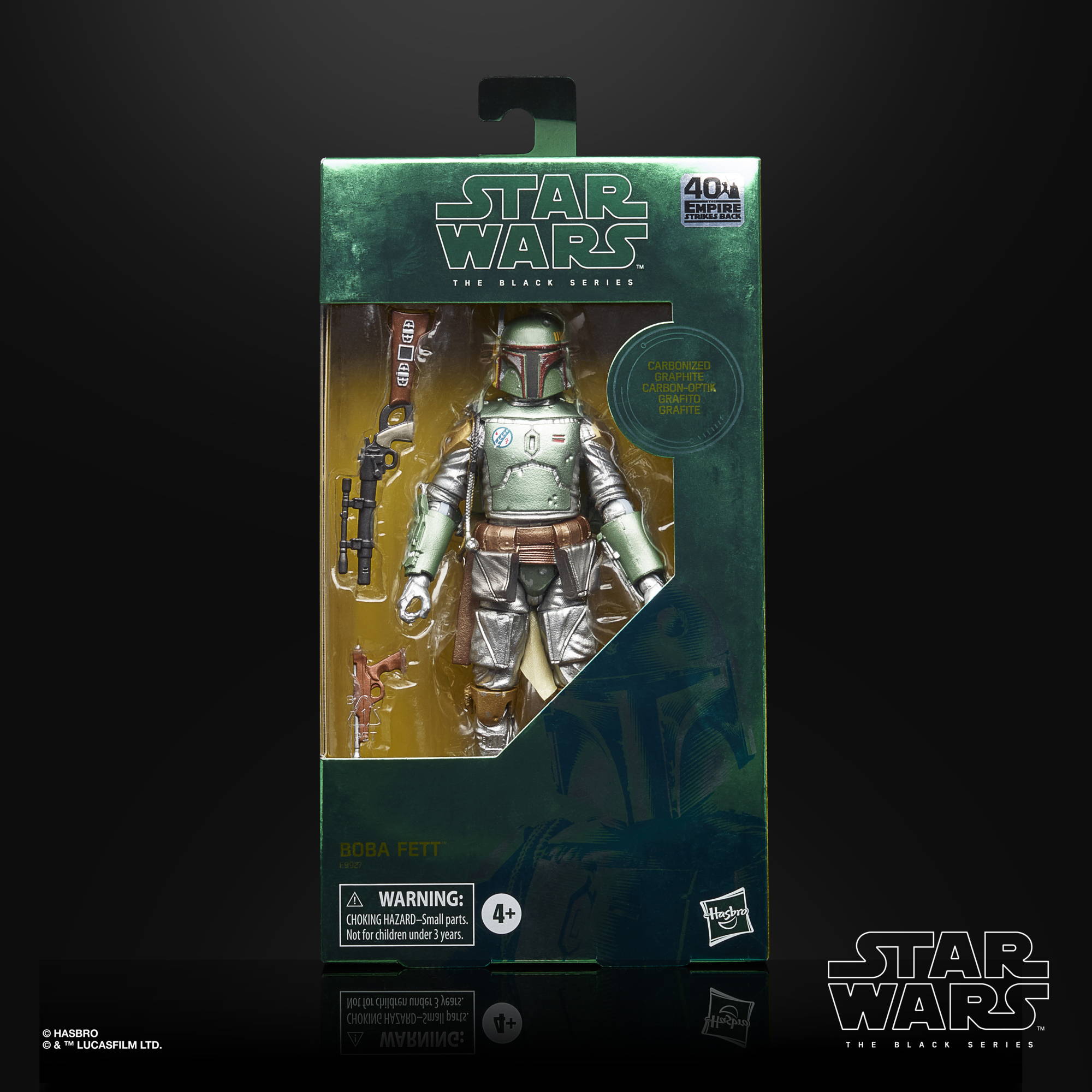 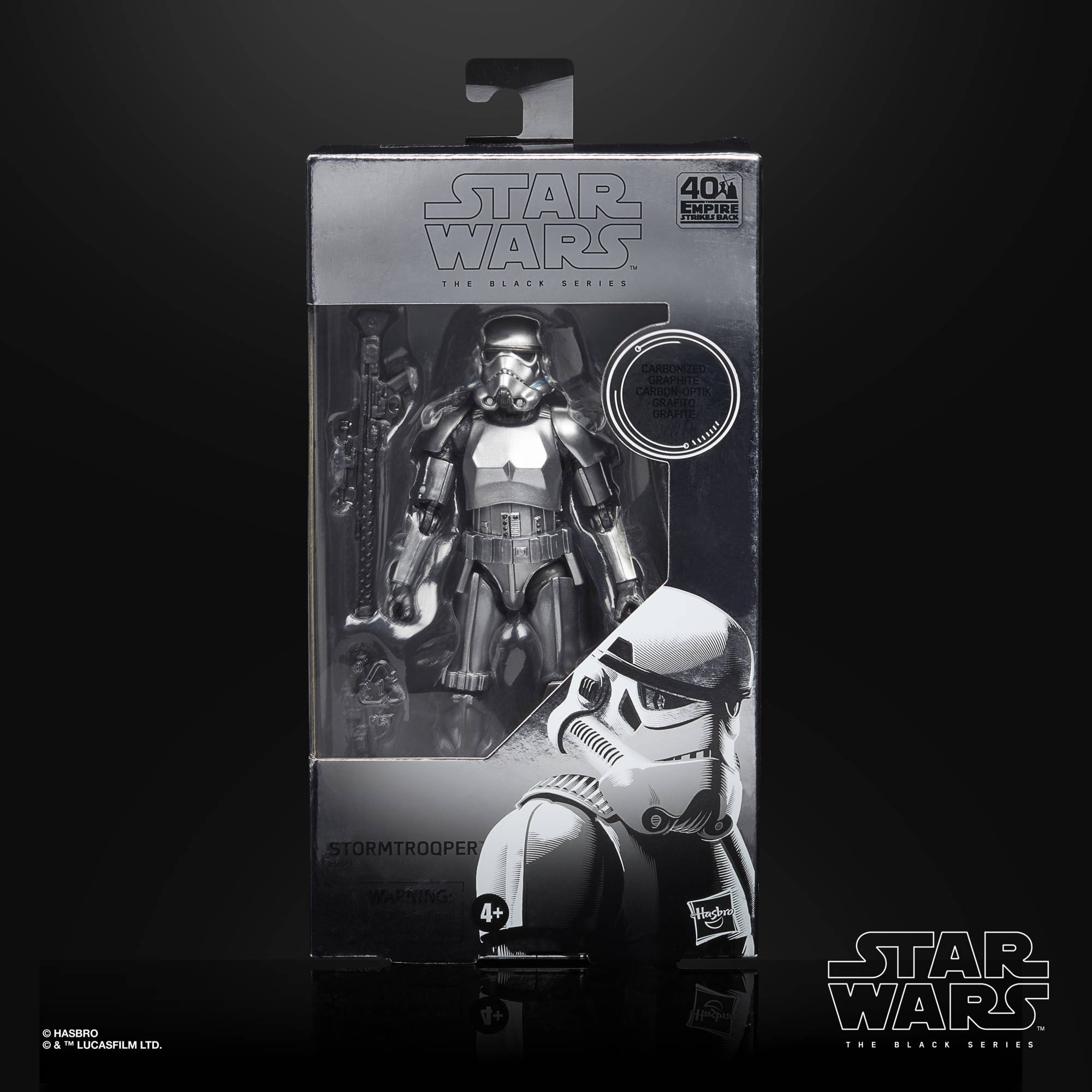 With the figures ready for their moment to shine, all that was left was to think outside the box. Treated with secondary chrome and metallic varnishes, each Star Wars The Black Series Carbonized package shimmers in the light for a cohesive offering that really stands out on shelves and in fan collections.

When it comes to celebrating the 40th anniversary of Star Wars: The Empire Strikes Back, the team at Hasbro came together to create some truly breathtaking figures and packaging. A testament to the creativity here on the Hasbro Star Wars team, the Black Series Carbonized figures let fans and collectors see their favorite characters in a whole new light.