The Art of Marvel Legends: An Interview with John Tyler Christopher, Part 1

We recently caught up with John to talk about his work on Marvel Legends and more. 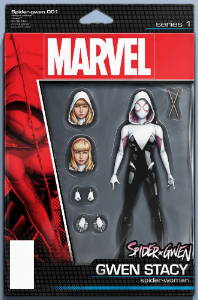 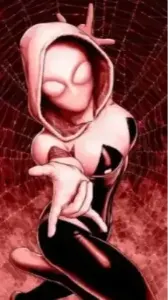 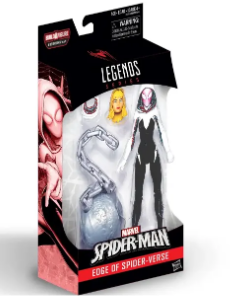 How did you first connect with Hasbro?

One of the first gigs I had was working with Wizards of the Coast. Over the years I developed a relationship with that team. I also did a Star Wars miniatures project in 2005. These were variant covers based on the old Kenner line of figures. The first Marvel Legends character I worked on was Spider-Gwen. It’s actually funny how it worked out. I created a variant cover of that character for Marvel (Spider-Gwen #1, 2015). Because of my love for the Marvel Legends line, I decided to do my own spin on that character for a comic book cover. Soon after that, Hasbro contacted me to work on Spider-Gwen for the actual Legends line, and it just grew from there.

Yeah, it’s a circular relationship which is pretty cool. There are times when the team is going for a particular look and they’ll send me images of comic covers I’ve done as inspiration to then do the packaging art. After all these years I’m still honored to be a part of the Hasbro process. These are such iconic characters. I still remember seeing them on the packaging from when I was a kid.

What is your approach to drawing different characters?

With Spider-Man for example, one of the ways I try to approach it is with motion. Spider-Man is always in motion, it’s very kinetic. With all the Spider-Man designs I do, I made a conscious decision to always show that motion And whenever possible to show the character looking toward the camera.

On the Doctor Strange line it’s a much different mindset. With those characters, I put their hands or the magical artifact front and center. For instance, with Danny Rand, you can see the glowing Iron Fist in the foreground. With Dr. Strange, things are a little more slow-paced. He’s standing there summoning spells and letting magic do it for him. Whatever direction the team is going for, I try to make sure the line and the brand of the line has a consistency to it in those illustrations. 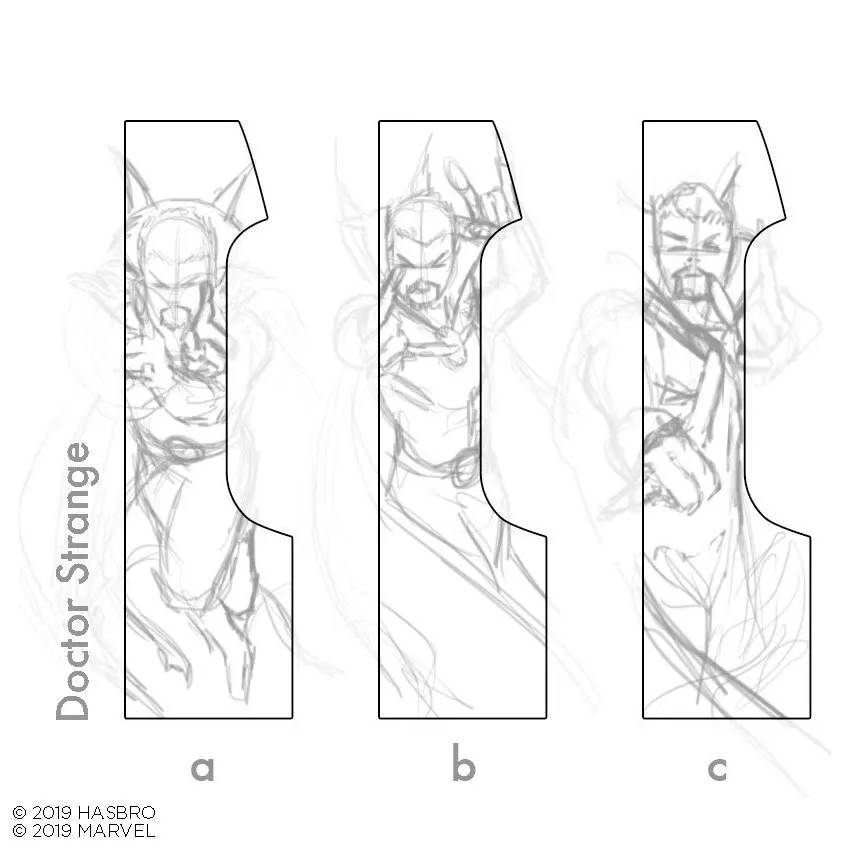 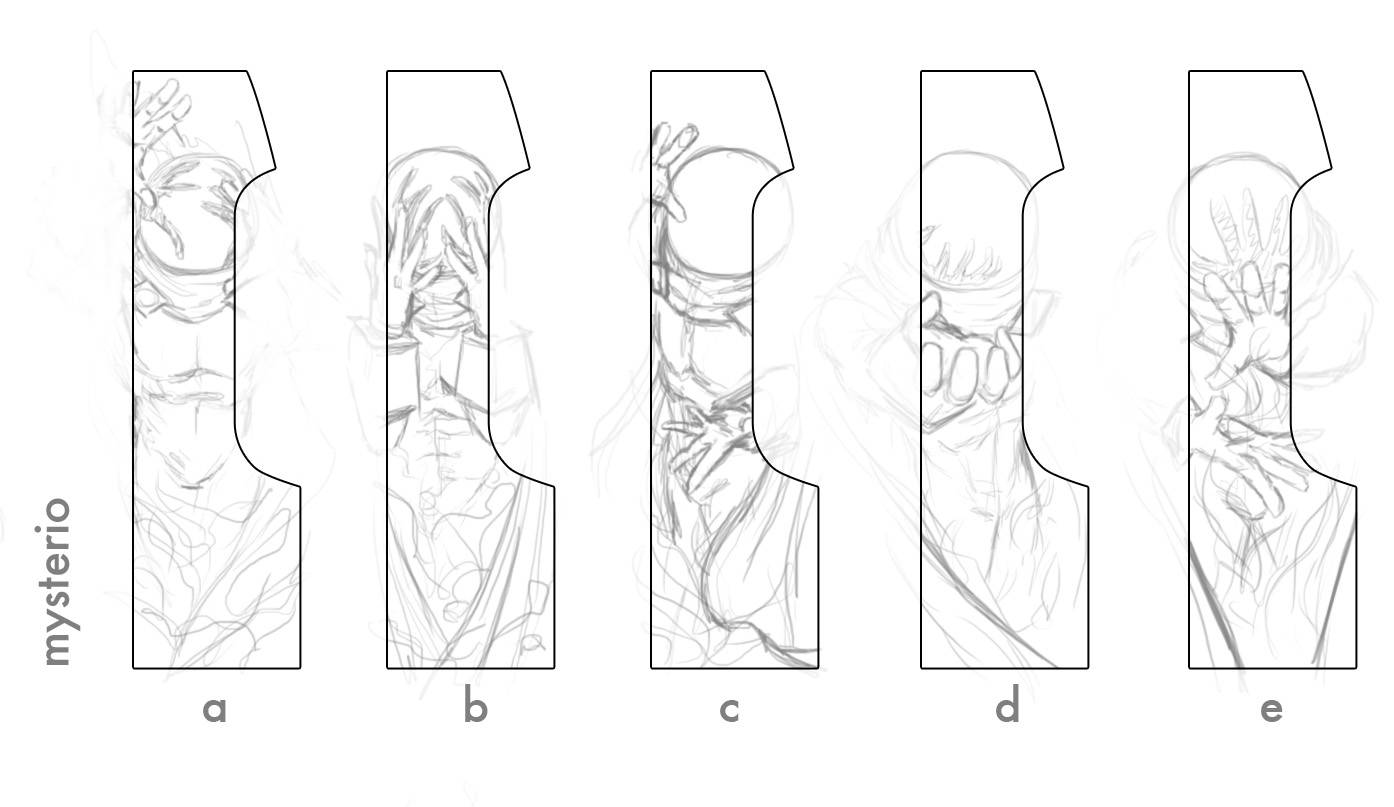 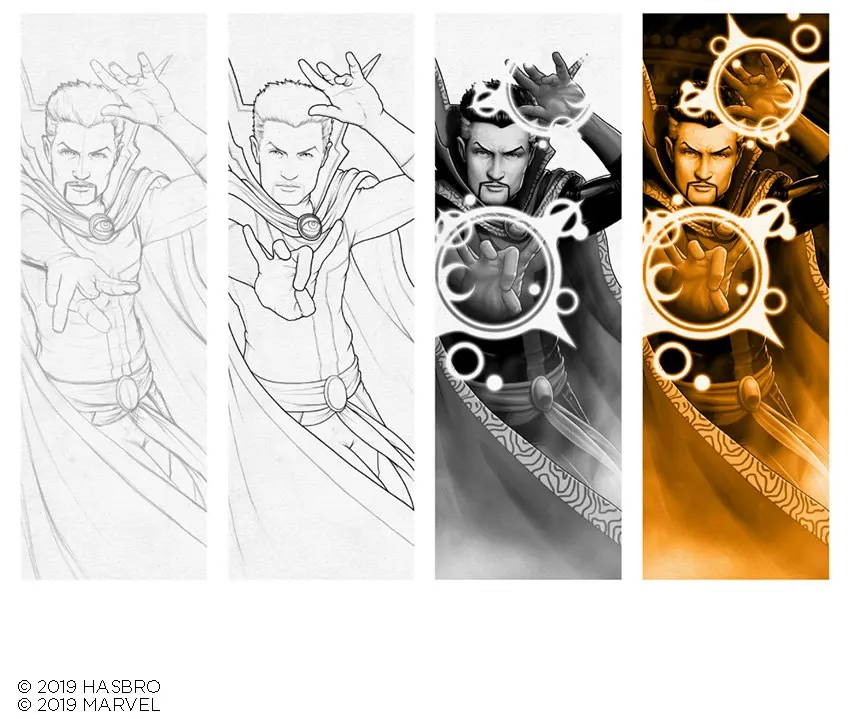 Many thanks to John for sharing his talent and passion for Marvel Legends ~ looking forward to our next chat!