War for Cybertron: Siege plunges fans into the epic fight to survive on the final day of the Autobot and Decepticon battle to control Cybertron. Cybertron is a war-torn battlefield, overrun by the fighting between two factions: the Decepticon resistance army and the Autobot counter-resistance fighters. Soldiers on both sides gear up with the customizable C.O.M.B.A.T. (Cybertronian Omnifuctional Modular Battlefield Assault Tech) System, the universe's most advanced modular weaponry.

You’ve been given special access to an entry in the Decepticon weapons database. Below you will find a file containing the weapon loadout and weapon specs for the Decepticon General in the War for Cybertron, Megatron. 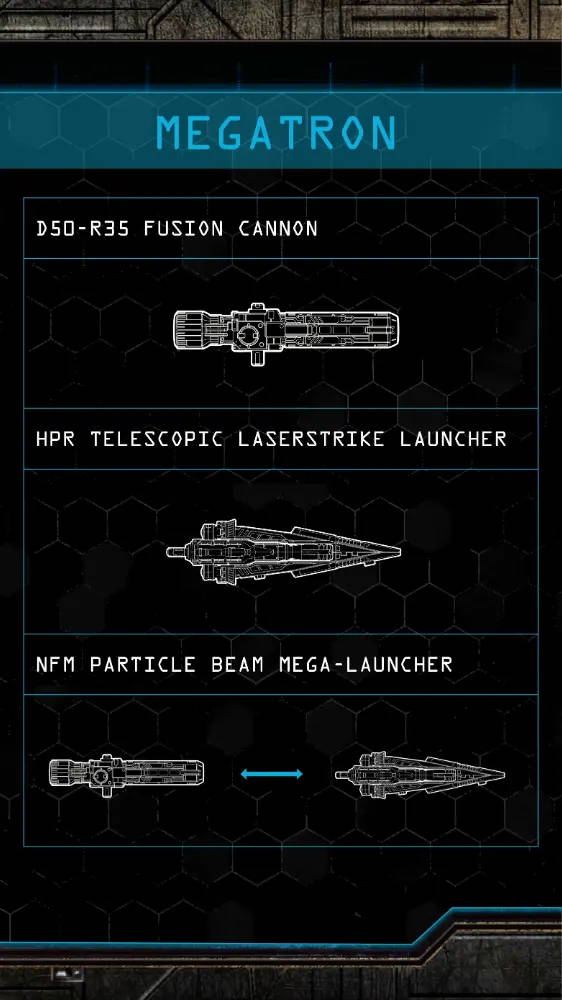 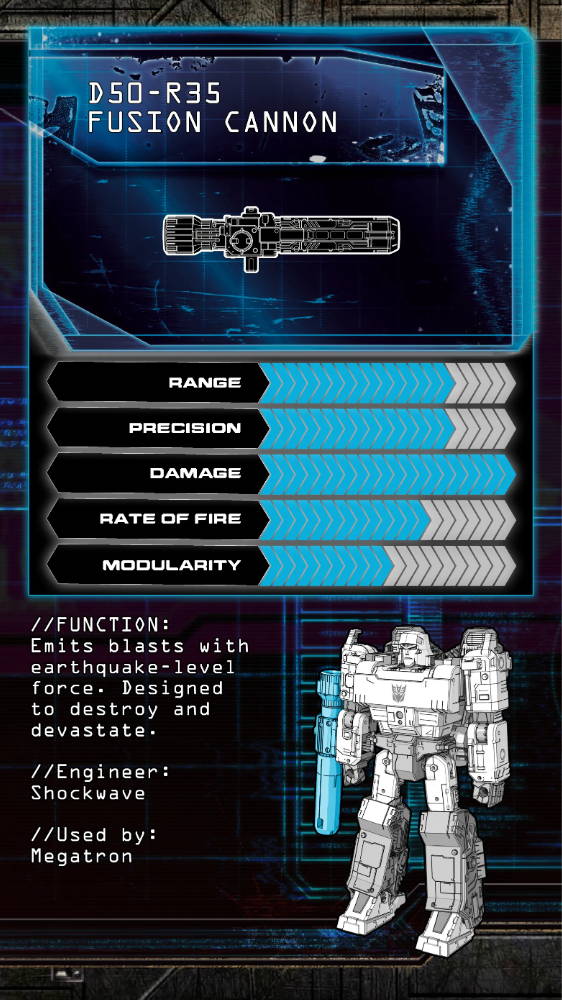 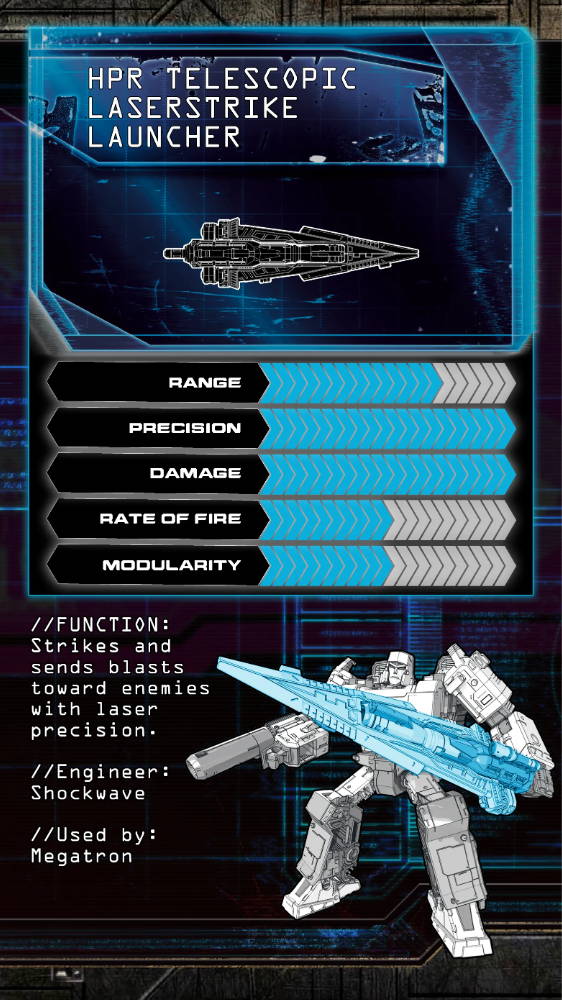 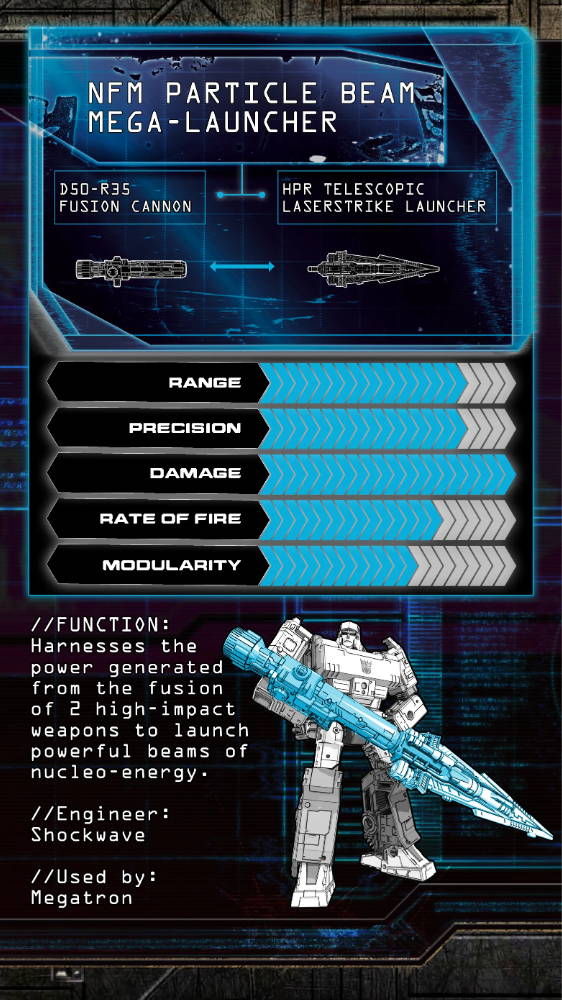 Higher security clearance has been requested. Access to additional files is pending.