This campaign will move into production when it reaches its minimum backing goal. We will stop taking backers at 11:59 PM EST on December 12th 2022
Shipping Policy Return Policy

Limit of 5 per customer.

One of the most feared beings in the known universe, Deathsaurus has spread his reign of terror and destruction for eons. The only force stopping him from achieving ultimate power has been that annoyance of an Autobot, Star Saber. But his brilliant mind has thought up a new plan, and this time, nothing can stop the Emperor of Destruction. Deathsaurus is launching his next attack – turn HasLab into the ultimate weapon and destroy Star Saber, once and for all!

Hasbro Pulse is bringing Transformers fans a battle of epic proportions! Last year, HasLab brought Japanese canon into the world of Transformers for the first time with Victory Saber*. Now, we invite you to welcome the archnemesis of the Supreme Commander of the Autobots into your collection. The powerful and ruthless Decepticon, Deathsaurus, is the next HasLab project!

Transformers fans, now is your chance to bring a legendary rivalry to life. Picture it: the heroic Victory Saber* and the evil Deathsaurus standing off in a larger-than-life battle as part of your personal collection. This is an opportunity you won’t want to miss! This HasLab project re-creates Deathsaurus, inspired by Fight! Super Robot Lifeform Transformers: Victory, as a premium collectible figure for his debut in the Transformers line for the first time in over 30 years.

Straight Out of the Dark Nebula

Deathsaurus has a pretty iconic alt mode, and the team made sure the figure design reflects just how awesome it really is. This figure converts between robot and his powerful griffon-dragon alt mode, with plenty of features befitting the Decepticon warlord, including wing, claw, and jaw articulation. Deathsaurus stands at an impressive 11-inch height in robot mode, to scale with the prior HasLab Victory Saber figure. This figure is animation-accurate and features 30 points of articulation for creating epic battle stances and iconic poses from the anime.

The Living-Metal-Destroying Cannon is perhaps one of the most destructive weapons in the Transformers universe. A fully-charged blast from its barrel can erode any metal material, including the living cells of Cybertronian lifeforms. This Deathsaurus figure comes with this signature weapon accessory and his classic spiked flail accessory! Fans can also plug the 6 included blast effects onto the Deathsaurus figure and his weapon accessories. The Living-Metal-Destroying Cannon, spiked flail, and blast effect accessories will be unlocked when the campaign reaches 14,000 backers.

The Transformers team has sculpted an imposing throne for Deathsaurus that reflects his awesome power. This 11-inch accessory features premium deco and details inspired by the throne as seen in the anime. Additionally, we know you want to show off Deathsaurus in the most epic poses imagineable. We’re including 2 stand pieces to allow Transformers fans to showcase Deathsaurus in his most powerful stances. The throne accessory, stand base, and stand arm attachment will be unlocked when the campaign reaches 17,000 backers. 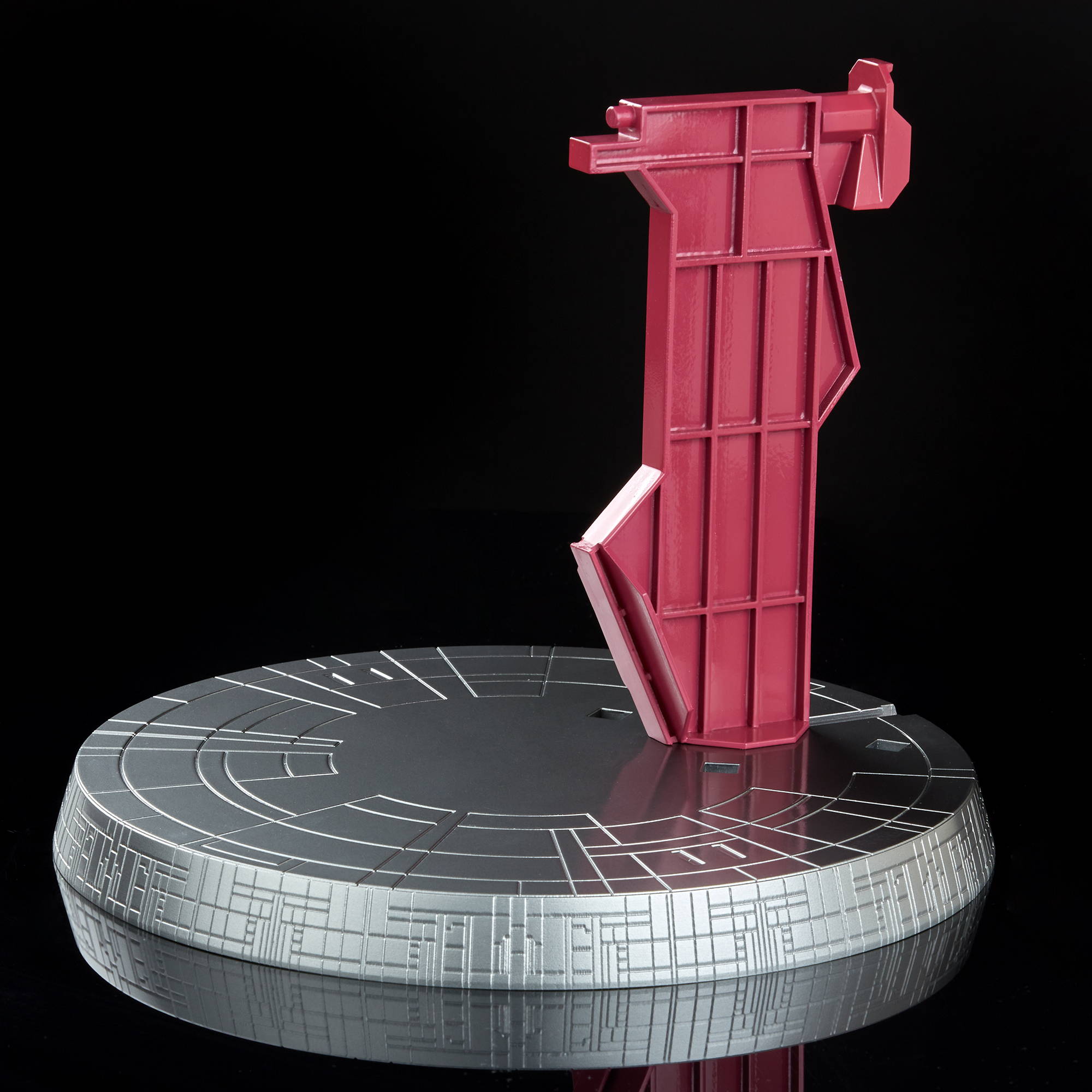 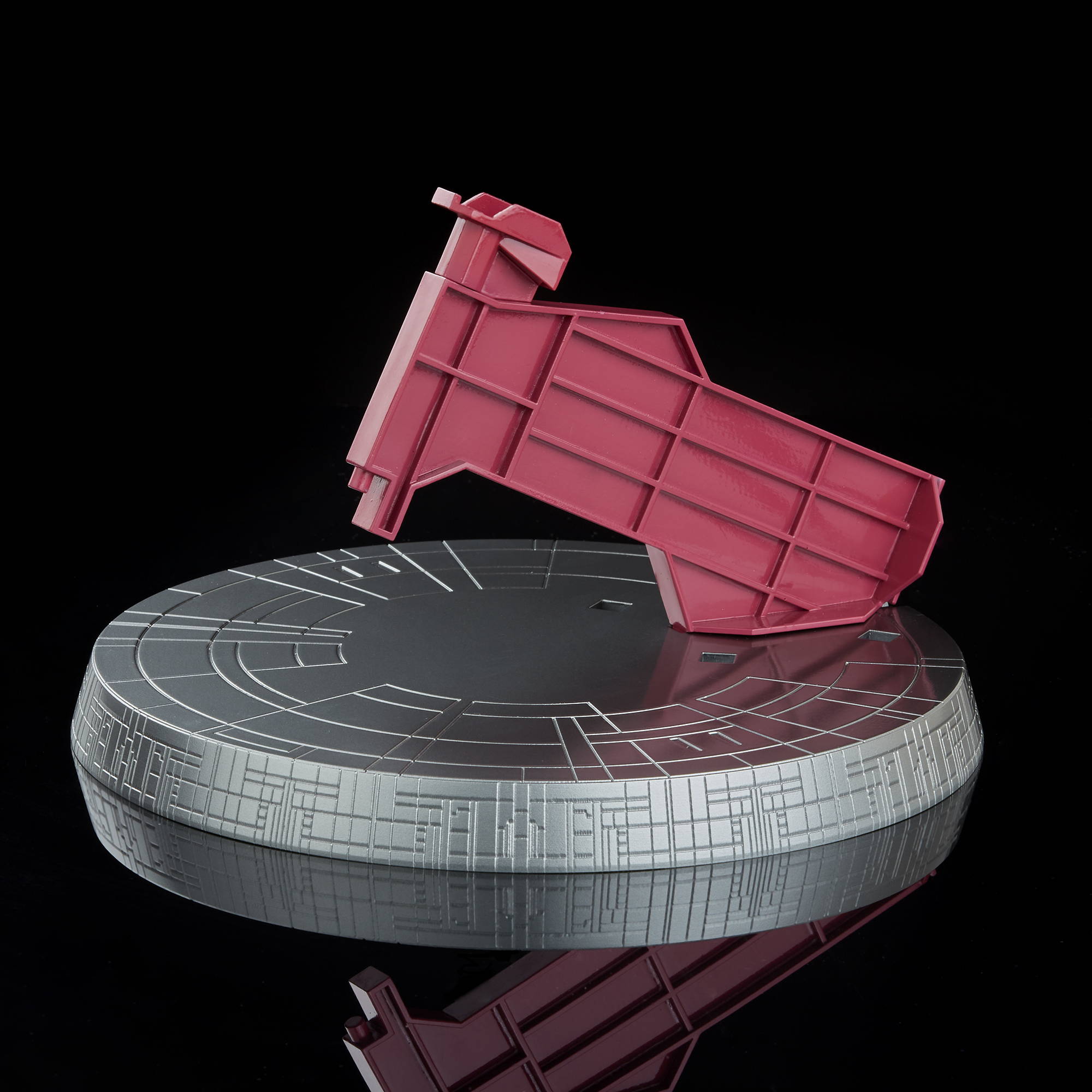 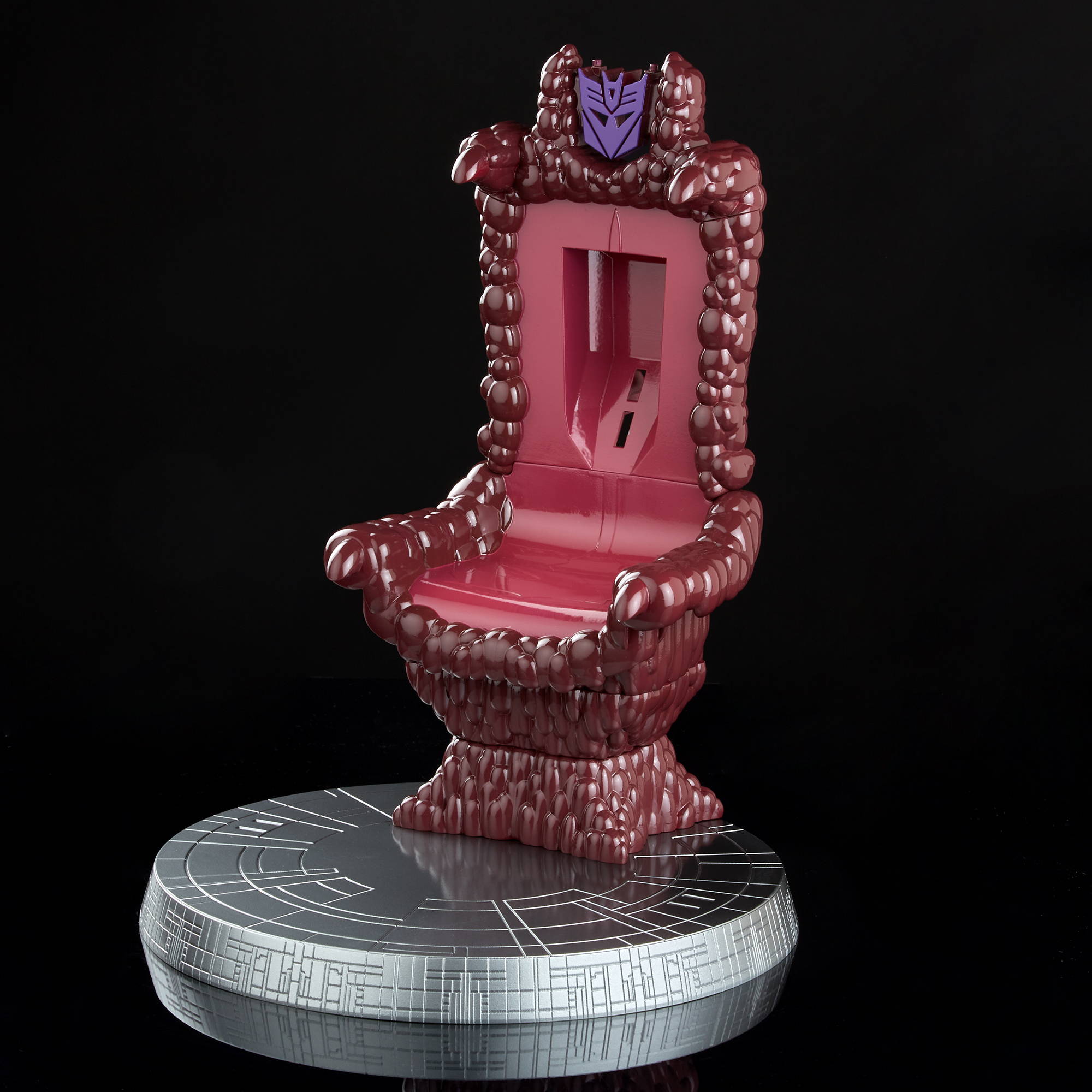 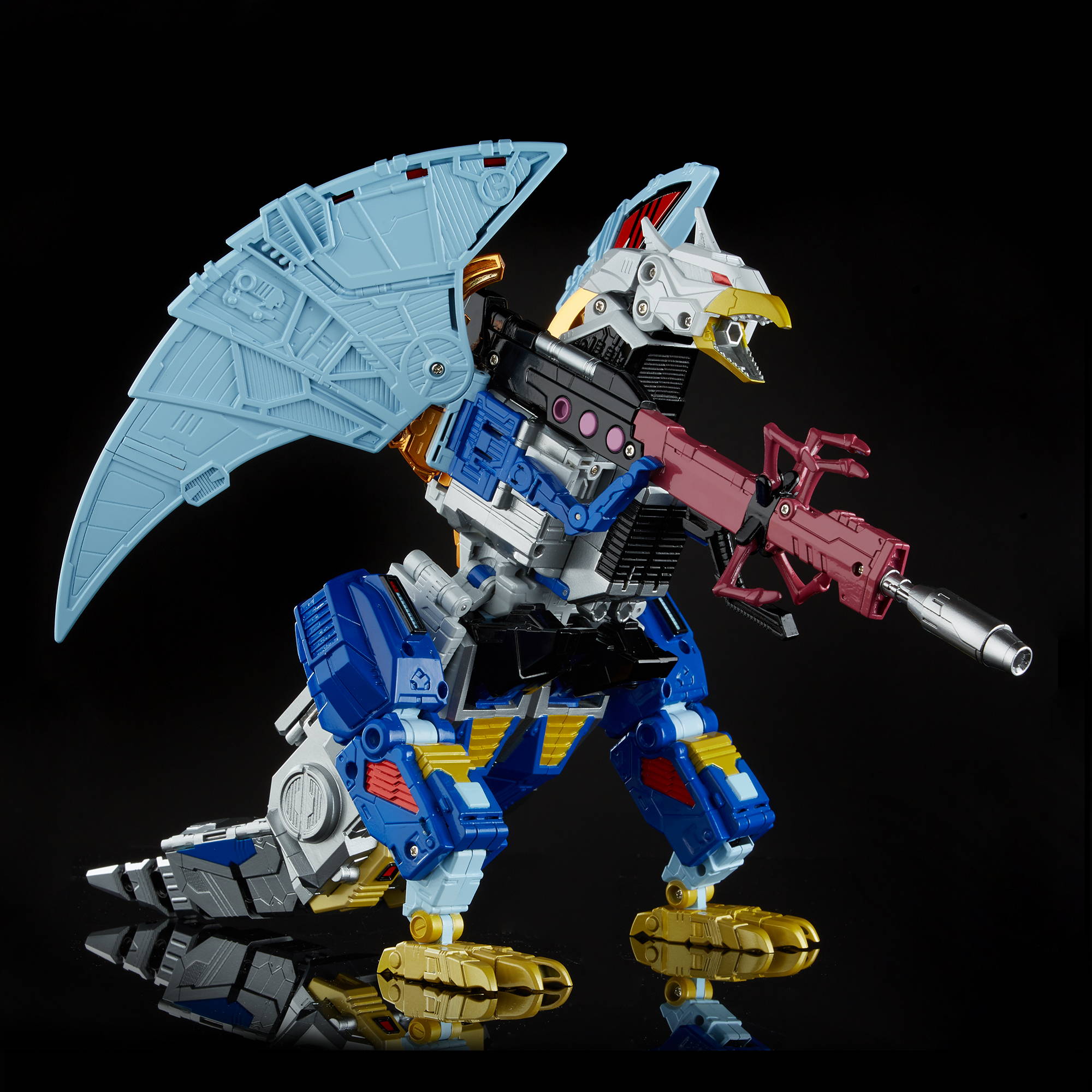 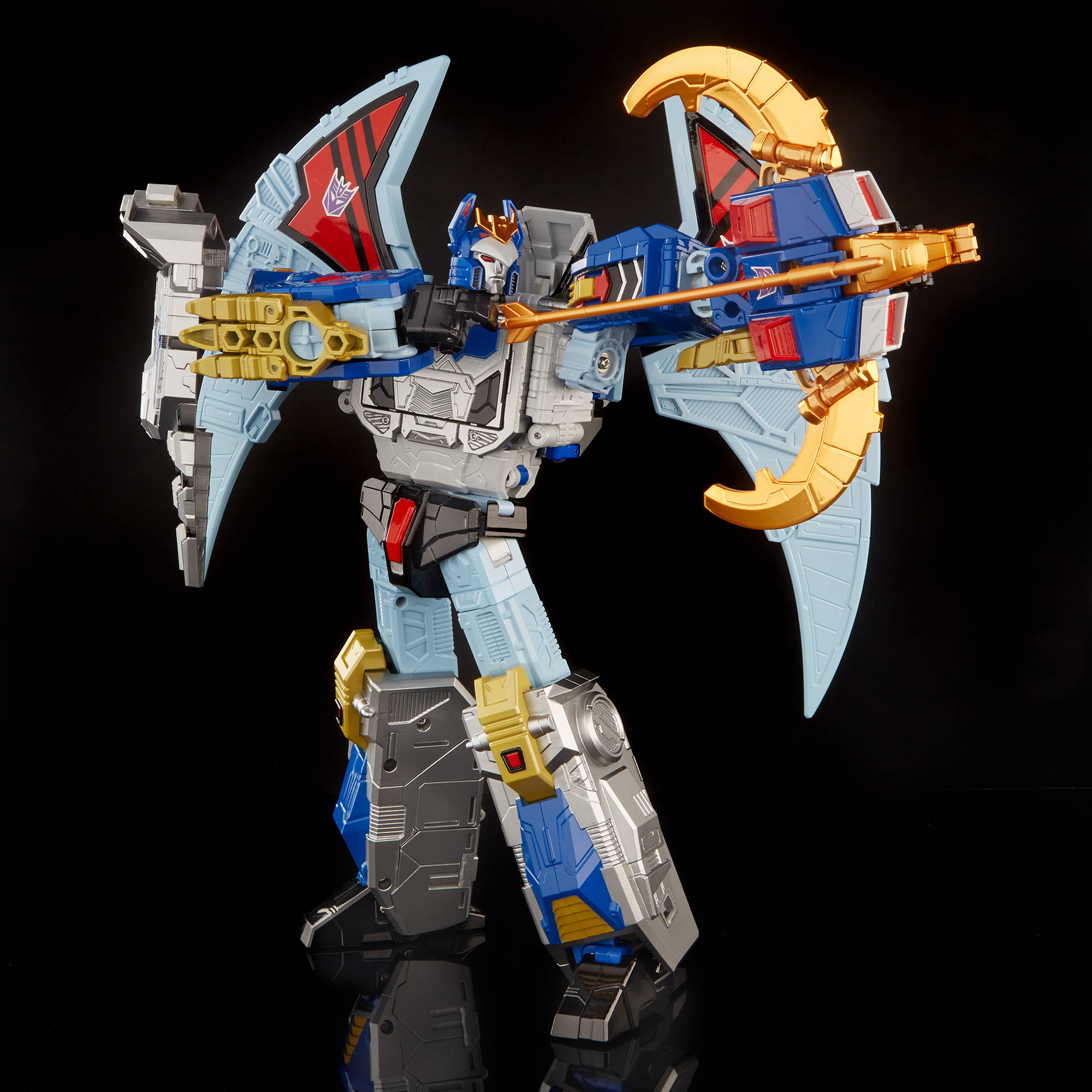 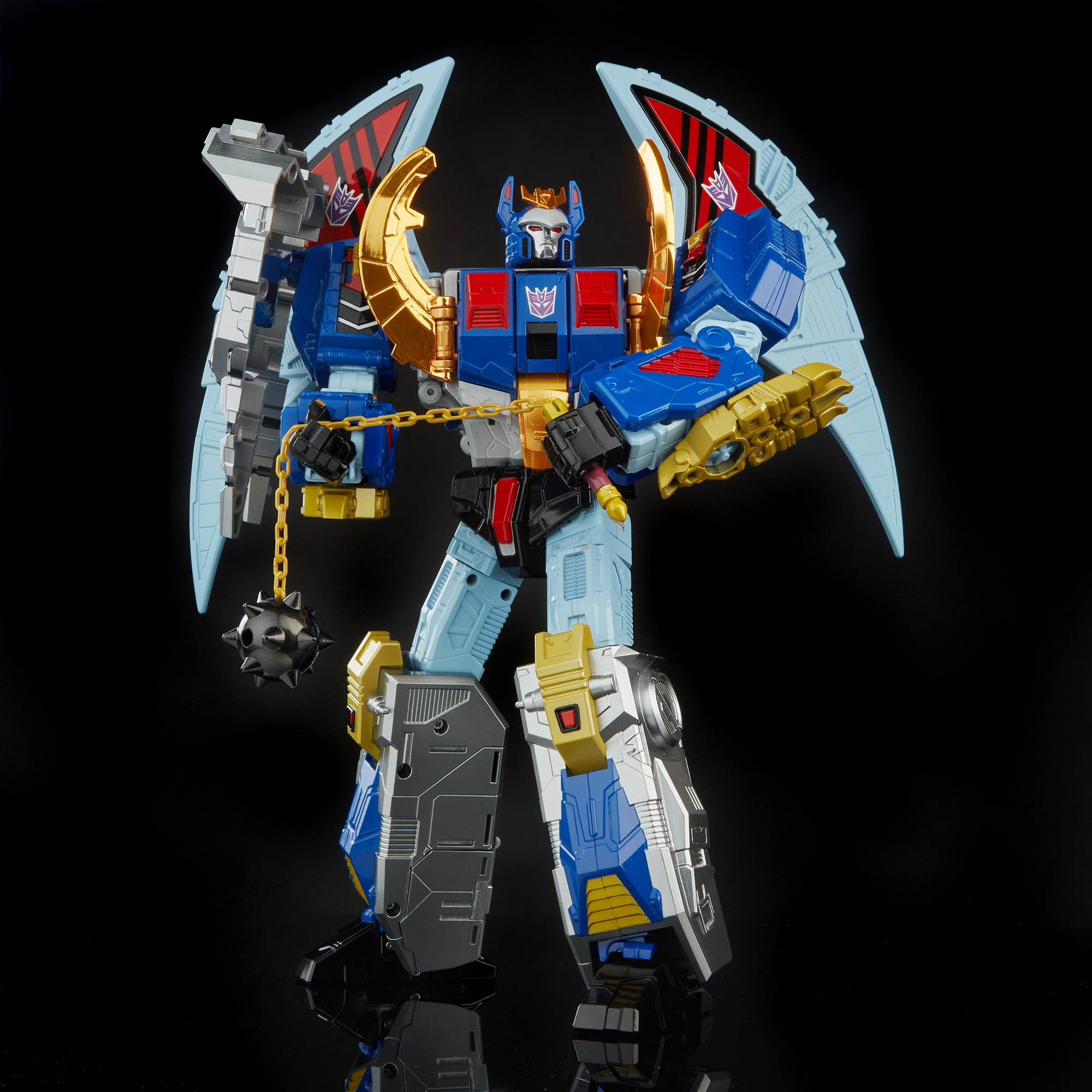 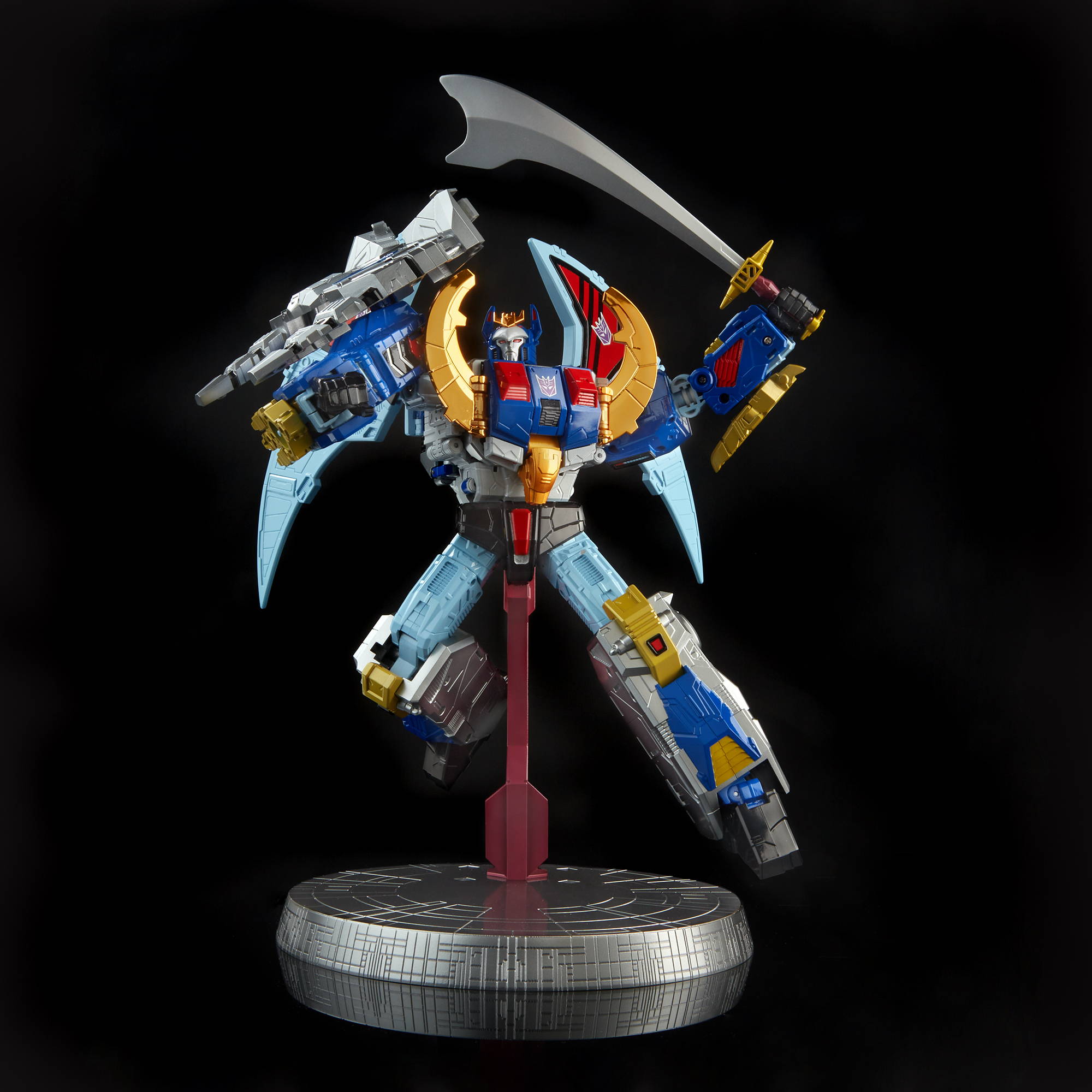 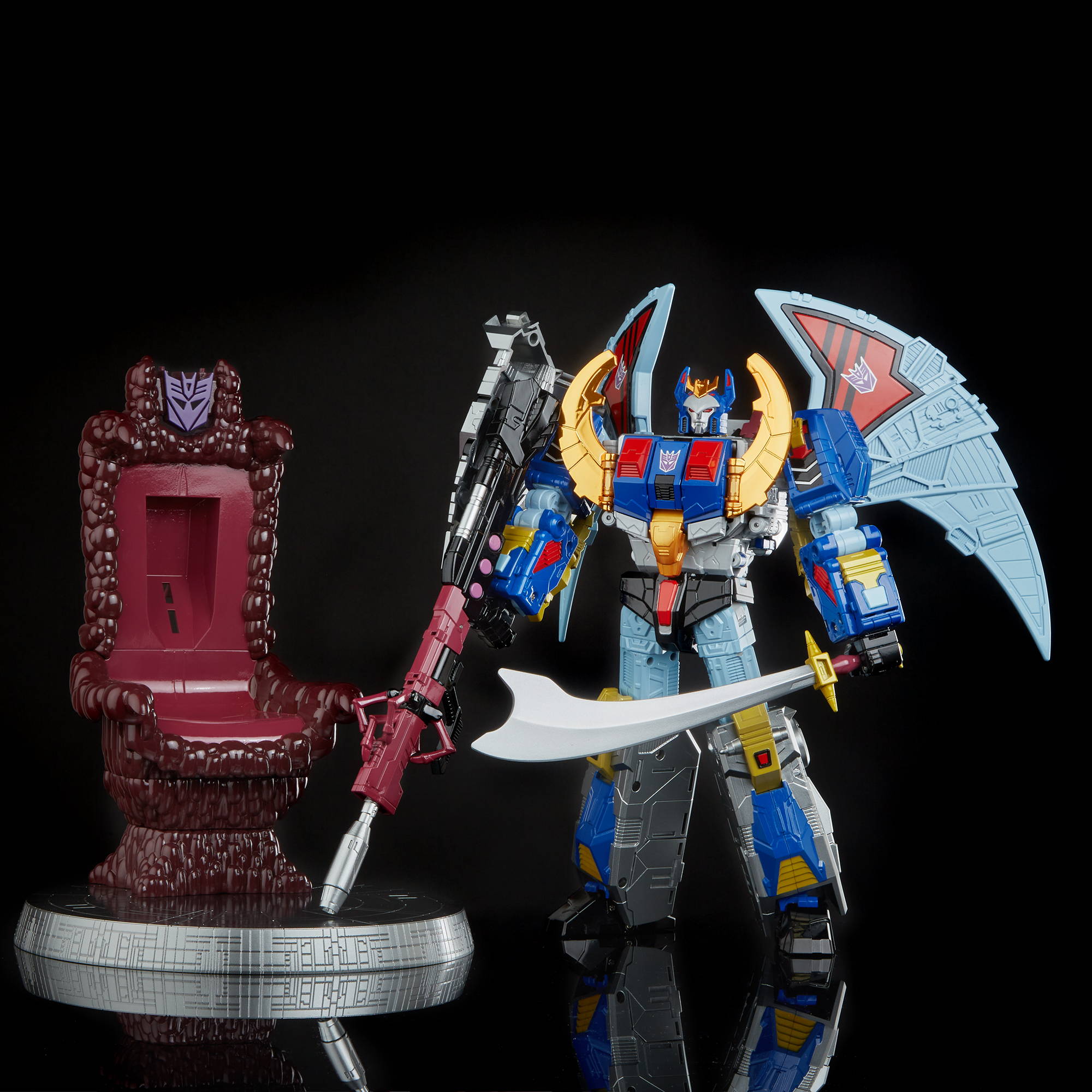 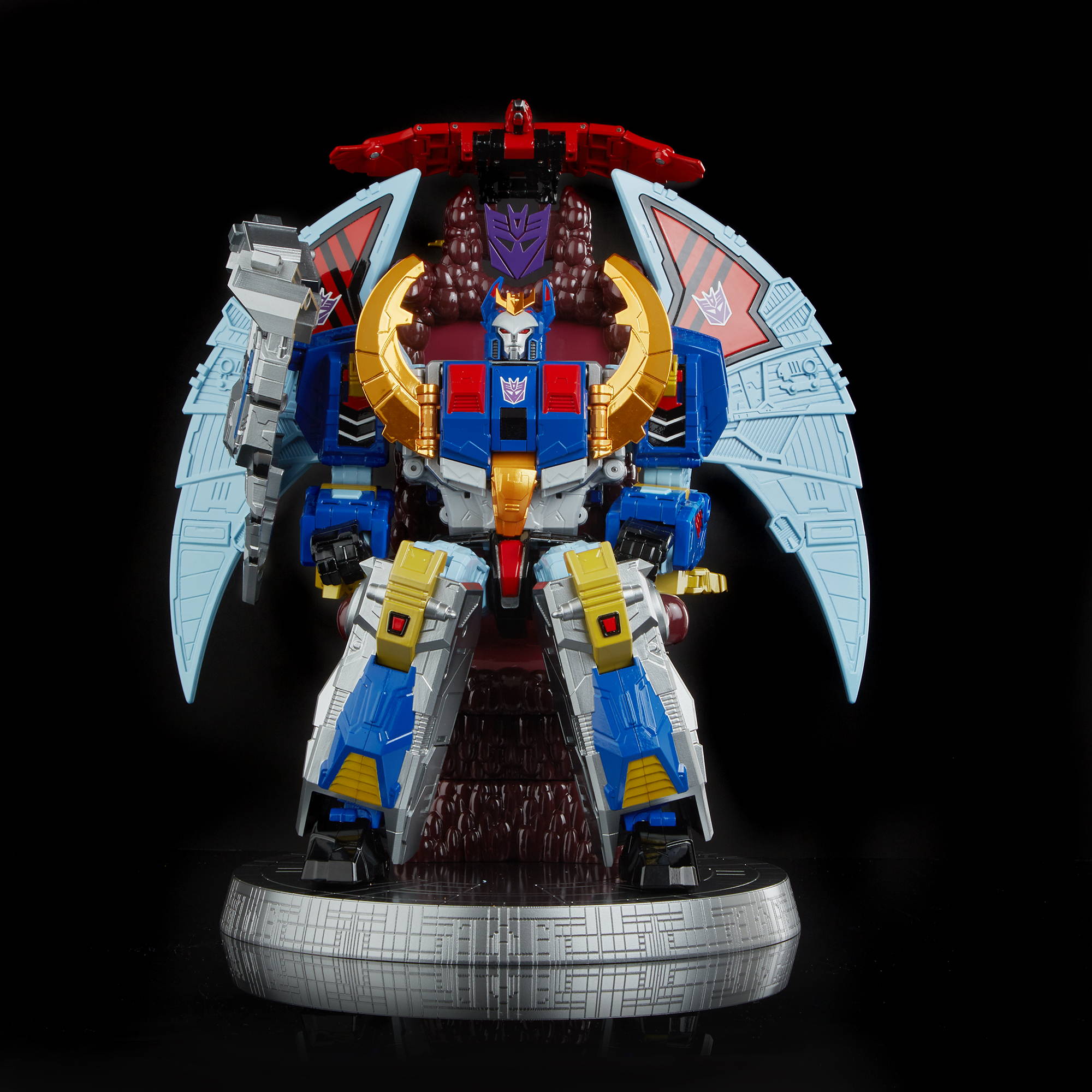 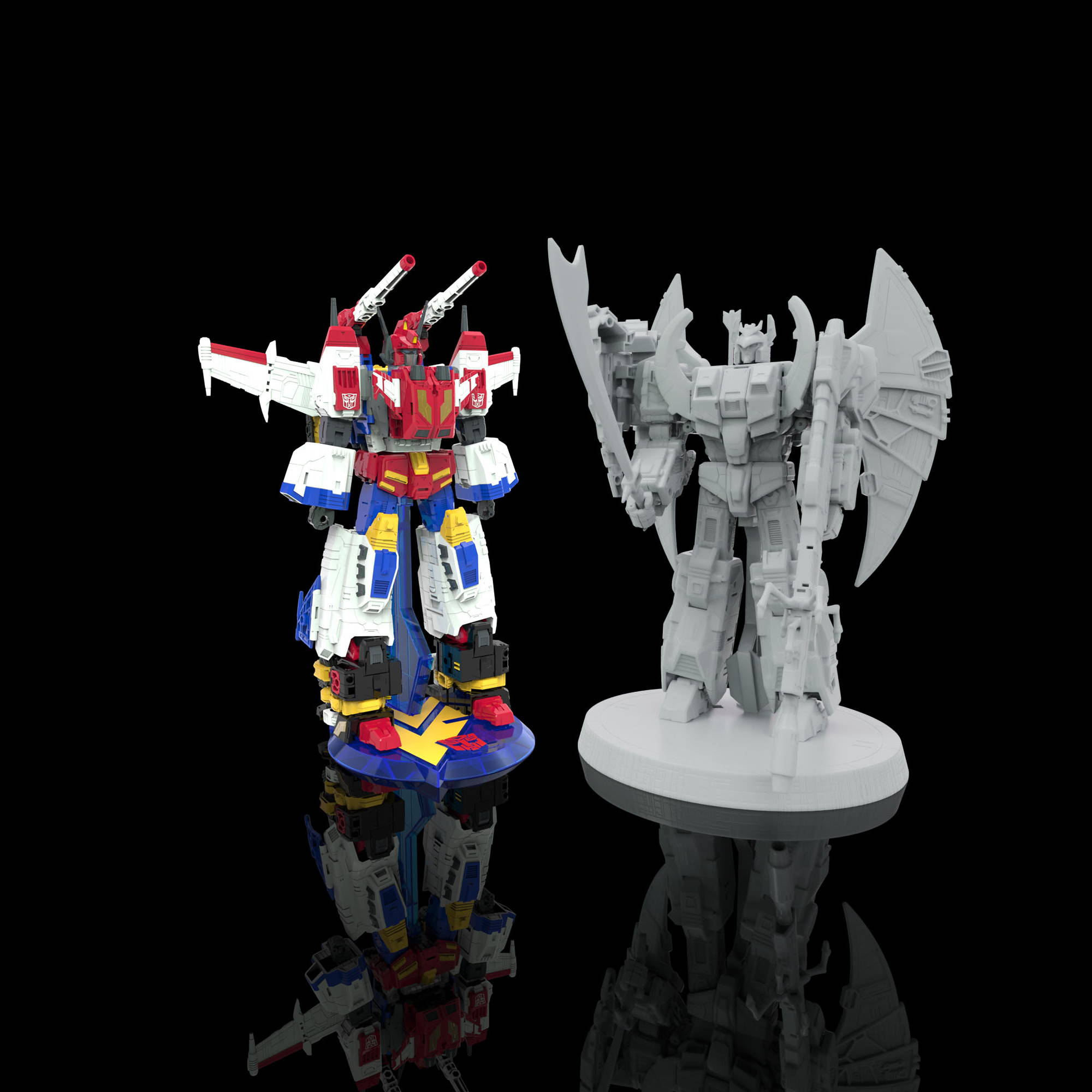 *Victory Saber was a prior HasLab project that is no longer available.